The victim had her head bashed into the wall of the train a number times by an unknown woman who was shouting abuse before being pushed off the train. 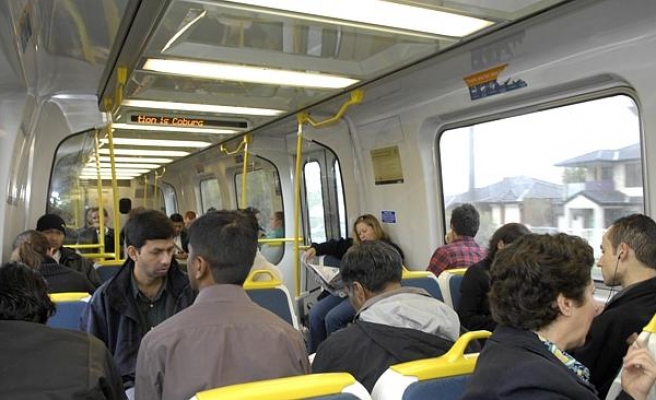 A 26-year-old Muslim woman suffered injuries after being racially abused, assaulted and thrown off a moving train in Australia's Melbourne last week, in an alarming Islamophobic attack.

Detective Senior Constable Michael Potter was quoted by 9News on Monday saying the attack had a “massive effect” on the victim, calling it “totally unacceptable.”

The victim had her head bashed into the wall of the train a number times by an unknown woman who was shouting abuse before being pushed off the train, a Victorian police spokesperson told the Daily Mail.

Prominent Australian Muslims say their community is being unfairly targeted by law enforcement and threatened by right-wing groups, as the government's tough new policies aimed at combating 'radicals' threaten to create a backlash.

Authorities are on high alert since massive counter-terrorism raids last week thwarted what the government said was a plot by the ISIL militant group to publicly behead a random member of the public.

Prime Minister Tony Abbott is seeking broad new security powers and policing has been tightened in public places such as Parliament House, sporting events and airports.

Abbott insists the measures are not meant to target Muslims, but Sydney-based criminal defence attorney Adam Houda says it is already clear that they have resulted in racial profiling.

He gave as one example three bearded Muslim men detained in Sydney at a rugby game after a spectator told police they were using their mobile phones "suspiciously".

"The objective facts are they were pin-pointed because of their appearance," Houda told Reuters. "If they were spoken to because they were playing with their phones, well then that's just ridiculous."

Local Muslim leaders privately say racial tensions could spiral quickly out of control. In 2005, brawls between locals from the largely white Cronulla neighbourhood and Lebanese Muslim youths from the western Sydney area at the centre of the current security crackdown quickly degenerated into days of bloody riots involving thousands of people.

Australia's Grand Mufti, Ibrahim Abu Mohammad, said he was considering legal action after a senior imam was detained for more than two hours, causing him to miss his flight to Saudi Arabia for the annual Haj pilgrimage.

"It is totally unacceptable for any Australian citizen, let alone a senior member of ANIC to be subjected to this seemingly random yet profiled manner causing severe stress and unwanted inconvenience," he said in a statement, referring to the Australian National Council of Imams.

And yet Israelis with Australian citizenship are freely allowed to return to Israel and perform their military service and commit all kinds of horrific acts against innocent people but receive no pressure from the Australian Government.

Iim appalled an speechless! So this woman is "unknown" what a joke! I expected so much "more" from Australia......

Train doors can not be open while they are in motion in Australia specially in Melbourne, there are CCTV mounted on every door. No one has seen it, no cctv footage has found so far, this is a fake news, thats all I can say that the victim is playing some game.

Don't know why it has to be said so often that islam is not a race...