Muslims in hiding in Myanmar after attacks

"We're now scared and hiding inside our homes, like the previous times" Kyaw Zan Hla, chairman of the Kaman Muslim Party said. 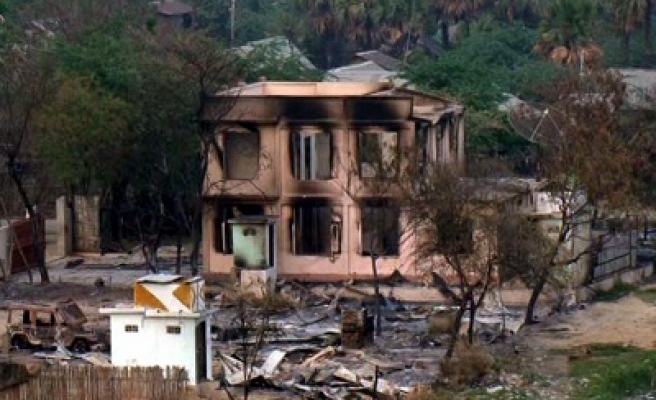 Terrified Muslims hid in their homes in northwest Myanmar on Monday after armed police dispersed a Buddhist mob that torched houses and surrounded a mosque.

The violence threatens to undermine political and economic reforms launched in the two years since a quasi-civilian government replaced a military junta.

The situation in the town of Thandwe was precarious after police restored order by firing shots in the air to break up the mob late on Sunday, said two security sources, who sought anonymity as they were not authorised to speak to the media.

Thandwe, 260 km (162 miles) from the capital Yangon, is in Rakhine state, the worst-hit region. As in several previous bouts of communal unrest, a minor disagreement triggered an outpouring of anger, a local Muslim politician said.

"We're now scared and hiding inside our homes, like the previous times," Kyaw Zan Hla, chairman of the Kaman Muslim Party, told Reuters by telephone, adding that about 200 people had joined the mob, some wearing masks and carrying flaming torches.

He said he had himself become embroiled in a row after he objected to a Buddhist man parking a motorcycle in front of his home late on Saturday and rumours spread that he had insulted Buddhism.

Police reported no deaths or injuries from the incident in Thandwe, home to an airport used by tourists who visit resorts on the popular Ngapali beach nearby.

The United Nations has described the Rohingya as "virtually friendless".