Muslims of Athens to appeal to ECHR for a mosque 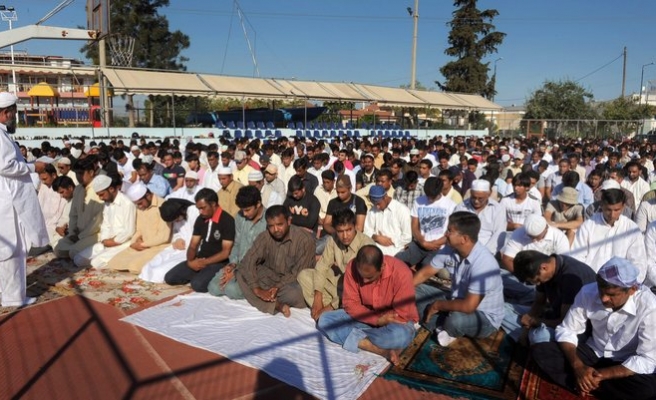 Muslims living in Athens will appeal to the European Court of Human Rights (ECHR) if no development takes place in their city for the construction of a mosque by November, 2012.

Speaking to the Anadolu Agency (AA), the Chairperson of the Union of Muslims in Greece, Naim al-Ghandour said that they gathered together in places called "culture centers" and used flats, shops and storage areas for prayers, especially during the holy month of Ramadan.

"Many of the prayer rooms do not have air-conditioning. We will wait for a mosque in Athens until November. If we do not see any development till then, we will appeal to the ECHR. According to the Secretary General of the Ministry of Education and Religious Affairs, important steps have been taken for the construction of a mosque. Yet they do not want to share such a development with the public by worrying about obstacles that may be placed by the far right in Greece," al-Ghandour stated.

On Ramadan in Athens, al-Ghandour said that many homeless and poor individuals attended fast-breaking meals and pre-dawn meals of suhur in prayer rooms scattered across the city.

Muslims in Athens will perform their Ramadan Feast prayers at two stadiums of the city.

There are around 30,000 legal Muslims living in Athens.