Followers of the M.T.O Shahmaghsoudi School of Islamic Sufism, which counts some 500,000 adherents worldwide, say the logo of the Just Cavalli line resembles a trademarked sacred emblem and they want it removed. 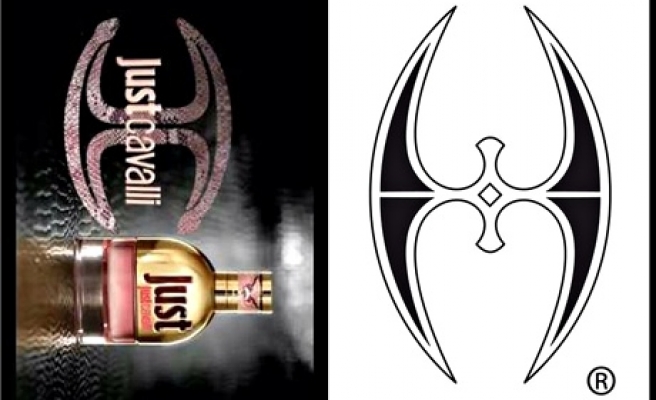 A sultry ad for a perfume created by Roberto Cavalli has touched a raw nerve with Muslim mystics, who claim the Italian design house has inappropriately used a symbol sacred to practitioners of their mystical faith.

Commercials for the scent Just Cavalli, featuring the scantily clad daughter of rock star Mick Jagger, have provoked demonstrations outside stores in cities as far flung as San Francisco and Beverly Hills in California and Dusseldorf, Germany. More protests are planned this weekend in Chicago and London.

Followers of the M.T.O Shahmaghsoudi School of Islamic Sufism, which counts some 500,000 adherents worldwide, say the logo of the Just Cavalli line resembles a trademarked sacred emblem and they want it removed.

The logo in question is a stylized "H" lying on its side. Sufis say it is based on their centuries-old upright symbol of an Arabic word that spells "Allah" and represents peace and harmony.

"To use something that means so much to us for corporate profit cheapens our sacred symbol," said one of the campaign organizers, Nasim Bahadorani, a doctoral student and ethnic Iranian born in San Diego. "It's disrespectful, offensive and degrading."

The Roberto Cavalli company, which has used the logo since 2011, says the symbols are neither similar nor mistakable. Last month, the European Union's trademark and design authority, the Office for Harmonization in the Internal Market (OHIM), agreed, and rejected an official request by the Sufis to invalidate the Just Cavalli logo.

"Roberto Cavalli SpA is deeply saddened by the distress expressed by the Sufist School students, but hopes that the sentence emitted by a competent authority such as the OHIM, will convince the Sufist religion of the complete good faith and the groundlessness of their requests," the company said this week in a statement.

Undeterred by the EU decision, Sufi followers have taken matters into their own hands. In recent weeks they stepped up their campaign with a Facebook page, YouTube videos, a #TakeOffJustLogo Twitter drive and a series of demonstrations outside stores selling Cavalli fashion, shoes and other products.

They have taken particular offense to promotions for the Just Cavalli perfume featuring model Georgia May Jagger. The daughter of the Rolling Stones frontman and his ex-wife Jerry Hall, appears to be wearing only pink snakeskin pants.

In a promotional video, Jagger sports the controversial logo tattooed on her wrist, saying it represents a "snake bite," and is a "sign of seduction."

Another video shows Jagger, 22, stripping down to her bra, showing off her tattoo, and flirting with a shirtless man.

"We have this sign that to us represents blessed peace. It's a refuge," said Bahadorani. "To see it disgraced like this for a company to make money is heartbreaking."

Cavalli butted heads with another religion 10 years ago, featuring Hindu deities on a bikini line that was carried by Harrods department store in London. The store stopped selling the clothing, while Cavalli said the swimwear was not intended to offend.