Muslims across the world will observe Lailat al Qadr, or the holy 'Night of Glory' marking the revelation of the holy Quran to Prophet Mohammad (PBUH). 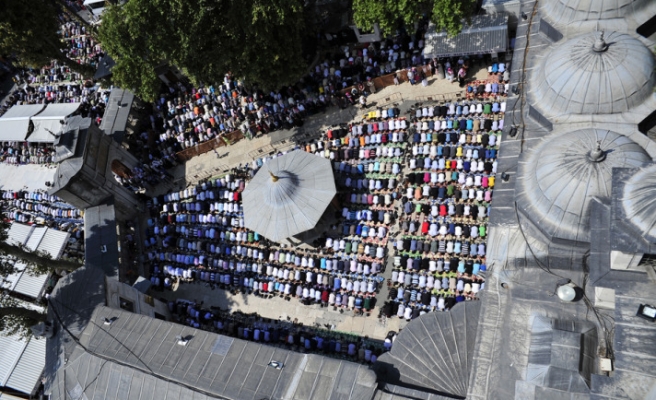 Muslims across the world will observe Lailat al Qadr, or the holy 'Night of Glory' marking the revelation of the holy Quran to Prophet Mohammad (PBUH).

Lailat al Qadr is viewed as one of the most significant religious occasions for Muslims as special prayer rituals and services are held on the eves of the last ten odd days of the fasting month of Ramadan.

Muslims believe the Holy Quran was revealed to Prophet Mohammad on one of these nights and that it holds a special spiritual power for those who open their hearts. They hold vigils until dawn and recite the Quran, as well as a variety of supplications signifying the greatness of the Creator and pleading for his forgiveness and blessings.

Whoever establishes the prayers on the night of Qadr out of sincere faith and hoping to attain Allah's rewards (not to show off) then all his past sins will be forgiven. Hadith, Bukhari Vol 1, Book 2:34

What is the Night of Power?

It is not certain when the Night of Power occurs. Muslims are encouraged to seek out the night -- and the message of mercy found in it -- during the last 10 days of Ramadan. However, many Muslim countries, including Turkey, designate a set night as Laylat al-Qadr, usually Ramadan 27. The traditions of the Prophet Muhammad and the Holy Quran encourage Muslims to seek out God's forgiveness on the night that is the anniversary of the start of the sacred text's revelation.

A special dua, or supplication, that the Prophet taught Muslims to use during the last 10 days of Ramadan -- as there is no exact date for the Night of Power and Muslims only know that it will occur during one of the odd-numbered nights in this timeframe -- is frequently recited, "O God, verily you are forgiving and love forgiveness, so forgive me." (Recorded by Ahmad, Tirmidhi)