The dinner was attended by many dignitaries including Istanbul Governor Huseyin Avni Mutlu and Mayor Kadir Topbas. 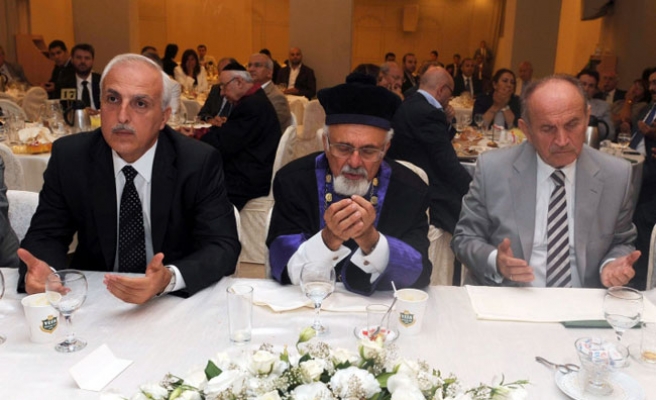 Chief Rabbi of Turkish Jews, Isak Haleva, said Monday that no matter how different their religion, beliefs and traditions were, their desires and prayers were the "same as others for this country, homeland and nation".

A fast-breaking dinner was held at the Neve Shalom Synagogue in Istanbul on Monday.

The dinner was attended by many dignitaries including Istanbul Governor Huseyin Avni Mutlu and Mayor Kadir Topbas.

Speaking at the dinner, Isak Haleva said that the "scene at the Neve Shalom Synagogue on Monday was a proof that there was room for all religions, beliefs, races, colors, languages and thoughts on this soil".

I hope that the month of Ramadan would be a beneficial one for Turkey and the rest of the world, Haleva also said.