New York Police Commissioner has made a pledge to protect the minority’s rights ahead of the holy month of Ramadan two months after disbanding the New York Police Department spying unit that targeted Muslims. 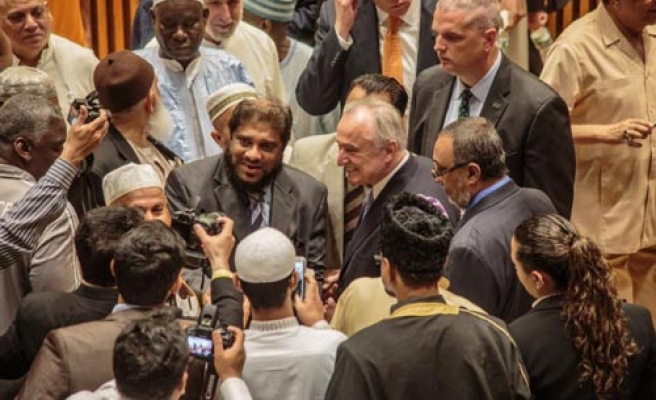 Police Commissioner has made a pledge to protect the minority’s rights ahead of the holy month of Ramadan two months after disbanding the New York Police Department spying unit that targeted Muslims.

Relations between Muslims and NYPD have been tense over the past years over the unit’s much criticized spy program.

Under the program issued in 2003, NYPD has investigated mosques, entire ethnic communities and Muslim student associations in several universities across the US.

The program of undercover spying has drawn anger of Muslim communities who demanded disbanding the controversial surveillance unit.

“We are here to celebrate with you your most holy time,” Police Commissioner William Bratton addressed Muslim leaders during NYPD's annual Pre-Ramadan Conference, Newsday reported on Wednesday, June 19.

“This is a time of self-reflection and connection with God . . . safety and security are the best blessings, where faith flourishes.”

Dozens of Muslim community leaders held a pre-Ramadan conference to discuss the local and international issues at the police headquarters in Manhattan.

During the annual meeting, first held in 2001 after 9/11 attacks, Bratton promised not to discriminate against the Muslim community.

“You have my pledge as commissioner we will not to jeopardize that trust that all our efforts are geared toward increasing,” Bratton said to dozens of Muslim leaders at 1 Police Plaza, New York Daily News reported.

“You also have my pledge that we will continue to ensure policing is lawful, constitutional, effective and respectful.”

During the meeting Muslim leaders rejected the use of informants, urging police to collaborate with leaders to collect information.

Along with praise for the police commissioner remarks, Muslims asked for “assurances” not to be spied and targeted by NYPD.

“We want to weed out the bad eggs, but don't recruit some of our members for spying,” said Imam Adebole Sanusi of Masjid Rahmatillah in Staten Island.

“We are peace-loving people. I always tell my people to tell me if there is something wrong. I will be the first to tell the police. We don't need informants. Come to us,” the Imam added.

Last April, a decision by New York Police Department to stop the undercover spying operation against the religious community was praised by the Muslim community as a first move in the right direction.