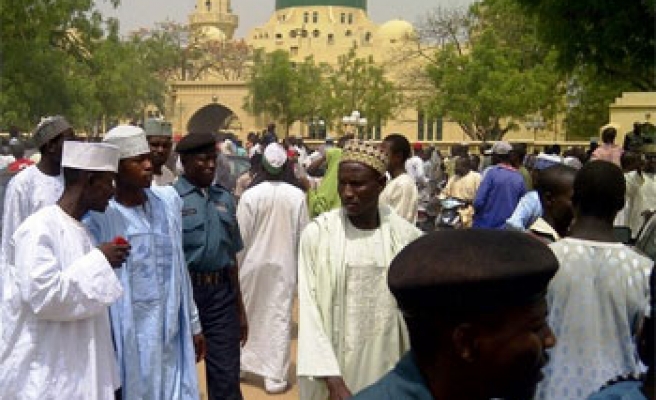 Nigeria's umbrella Christian body on Saturday blasted a Muslim group for claiming that Muslims constitute the majority of the country's population and threatened to boycott the 2016 population census if religion is not included.

"The Christian Association of Nigeria (CAN) will boycott future census in Nigeria beginning with the 2016 exercise if they do not include religion" Dr. Musa Asake, the association's secretary, said in a strongly-worded statement.

He said the statement came in response to claims by a Muslim body, Jama'atu Nasril Islam, that Christians make up only 40 percent of Nigeria's population.

"The claim by Jama'atu Nasril Islam is an unprovoked defamation of Christians in Nigeria," said Asake.

The JNI, a body of Muslims in Nigeria's north led by the Sultan of Sokoto, Abubakar Sa'ad, claimed that Muslims constitute the bulk of Nigeria's population.

"We are, therefore, challenging the Secretary-General of the JNI to make it public the source of his population figures which show that Christians in this country are 40 percent," said the Christian leader.

"CAN may need to remind JNI of the argument and refusal of Muslims to include religion during the last census in Nigeria," he added.

Asake rubbished often quoted estimates from many international bodies, such as the CIA Factbook and international pollster Pew Review, that Muslims constitute about or more than 50 percent of Nigeria's population.

"When and how are these figures by the international agencies arrived at?" Asake asked.

The Christian leaders said JNI's claims were capable of undermining Muslim-Christian relations in the country.

He insisted that the JNI figures about the Christian population and representation in the ongoing national conference "are mere speculation and conjectures."

"It is another way of using religion to shoot down the conference," he Aske charged.

"We appeal to JNI not to use religion as a basis for their reservations about the National Conference. We believe the conference will do Nigeria a lot of good," he said.

The Muslim group has accused Nigerian President Goodluck Jonathan of having a hidden agenda in giving 62 percent representation in the long-awaited national conference, to fellow Christians.

It went on to claim that Muslims were given only 22 percent of the 492 delegates in a meeting tasked with addressing many challenges dividing Africa's most populous country along ethno-religious lines, including Sharia law.

The Muslim group noted that none of the 15 delegates nominated from the southwest region was a Muslim.

"We find it a great disregard and disrespect to the conscience of the Muslims that of the 20 delegates of the federal government, only six are Muslims," it added.

"In fact, in the representation of the security agencies, Muslims have been so unimaginably shortchanged, with only one Muslim out of the six retired military and security personnel; one out of the such retired security and National Intelligence Agency officers; two out of the six delegates of the association of retired police officers," it lamented.

JNI's claim of 62 percent Christian representation at the conference has been supported by many other leading Muslim groups, including the umbrella Nigeria Supreme Council for Islamic Affairs, which has officially petitioned President Jonathan to seek a redress.

Neither the conference secretariat nor the presidency has refuted the JNI claim with as much data as the group proffered in its allegation.