The Sheikh was well-respected both in and out of Nigeria and was a fluent speaker of English, French, Latin, Hebrew and Yoruba. 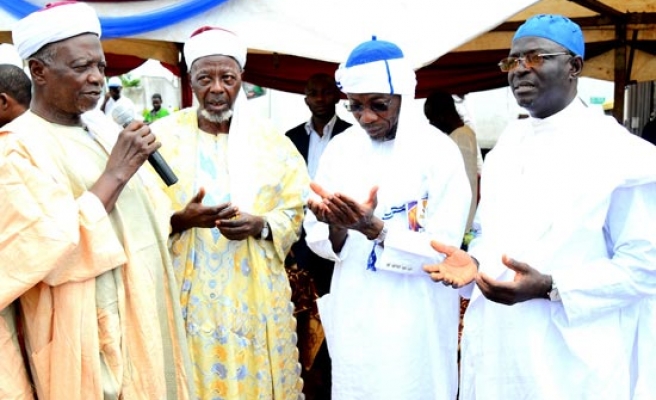 Nigerian Muslims are mourning the death of Sheikh Mustapha Ajisafe, the President of Nigeria's league of Imams and Alfas in Yorubaland, Edo and Delta states, who passed away at the age of 85.

Hs burial is taking place on Wednesday at the Osogbo township stadium and is expected to be attended by senior politicians and Muslim scholars from across the country.

Osun State Governor, Rauf Aregbesola described his death as “a big loss to the Muslim Ummah,” to the Premium Times.

“He was no doubt a scholar of higher integrity who touched the lives of many Muslims positively,” he said.

Sheikh Habeebullah Adam, spokesman for the League and Director of the Institute of Arabic and Islamic Studies in Agege, Lagos, told OnIslam that Sheikh Ajisafe "was a forthright scholar" who would be sorely missed by all .

Dr Khalid Aliyu Abubakar of the Jama'atu Nasrul Islam (JNI) also called the Sheikh "one of the remaining pillars of Islam in Nigeria and a great voice of reason in the fold of Islamic scholarship."

The Sheikh was well-respected both in and out of Nigeria and was a fluent speaker of English, French, Latin, Hebrew and Yoruba.