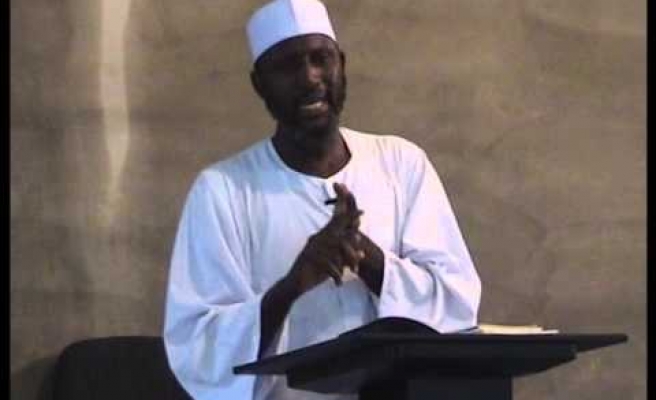 "Sheikh Albani was killed alongside one of his wives in Gaskiya area of Zaria, Kaduna," Ayoku Kayode, a follower of the Salafist scholar, told Anadolu Agency.

"His wife died on the spot while the sheikh made it to Saint Luke Hospital in the metropolis where he was confirmed dead," he added.

"The death of sheikh is a great loss to the Salafist movement across Nigeria and beyond."

Kaduna police spokesman Aminu Lawan told AA there is no official information yet of the scholar's death.

But the social media is already awash with news of the scholar's death, with many claiming he may have been assassinated to suppress his "vociferous voice."

Albani was founder of the Albani Science Academy and Darul-Hadith, both in Gaskiya area of Zaria.

He was an anti-government preacher who had repeatedly been thrown into jail for his fiery commentaries.

Albani was arrested and detained in 2011 following the violence that characterized the outcome of the country's presidential polls during which several persons were killed and properties destroyed.

He was one of the few northern Muslim scholars who combined their Islamic knowledge with solid western education.

Albani spoke flawless English, according to his disciples and some lectures AA has heard in the past.

He was fondly called "the Albani of Zaria" Northern Nigeria for his deep understanding of the hadith - the sayings and actions of Prophet Muhammad (peace be upon him).

But Albani is loathed by western-oriented NGOs for his lukewarm attitude on polio vaccination which he once dismissed as part of western conspiracy to harm the Muslim population.

Mallami Idris, a student of the respected slain scholar, also confirmed the incident.

"The killing bears the footprints of those who murdered another Salafist scholar, Sheikh Ja'afar, who was also known for his uncompromising lectures," Idris told AA.

Both Albani and Ja'afar were the most prominent anti-Boko Haram scholars in Nigeria's north.

He was reputed for his many anti-Boko Haram lectures that are recorded and sold across the region.

A hitherto peaceful organization that had preached against government corruption, Boko Haram suddenly turned violent in 2009 following the murder of group leader Mohamed Yusuf while in police custody.

In the years since, Boko Haram has been blamed for thousands of terrorist acts, including attacks on churches and security posts across Nigeria's northern region.

Mosques had been attacked in the past and far more Muslims had fallen victims of the insurgency than Christian compatriots who are the minority in the region..