Authorities say that 12,000 have already departed on the government-organized trip, with that number set to exceed 14,000. 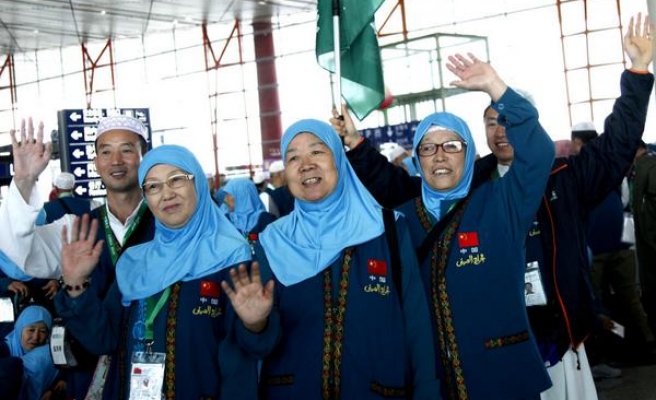 More than 14,000 Chinese Muslims are expected to depart for the Islamic holy city of Mecca, Saudi Arabia, to perform the annual Hajj pilgrimage to the Holy Ka'bah.

Authorities say that 12,000 have already departed on the government-organized trip, with that number set to exceed 14,000.

This figure, of course, does not include those who have embarked independently or with other organizations.

It was one of a total of 94 flights arranged to transport the pilgrims to their destination and back, with the last plane leaving on Saturday.

50 Chinese official functionaries will also attend the Hajj between October 3 and October 7 to provide medical and security services to the pilgrims.

The organization of this year's Hajj pilgrimage from China was undertaken by both the central government and local governments in cooperation with private travel agencies.

Every Muslim who is physically and financially able to perform the Hajj pilgrimage is required to do so at least once in their lives as a religious rite.

Every year, millions of Muslims from all around the world gather at the Ka'bah in Mecca to fulfill this rite, it what is deemed to be the biggest multi-cultural gathering in the world.