Peacekeepers fire on Christian mob in CAR as Muslims lynched

Colonel Karangwa Jean Paul, the commander of the Rwandan contingent serving as part of the African peacekeeping force, MISCA, said they had opened fire after the Christian mobs attacked Muslim civilians. 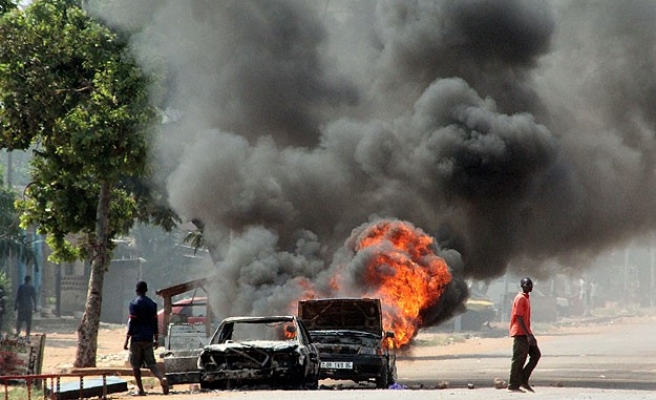 Two Muslims were lynched by a mob of angry Christians in Bangui, the capital of the Central African Republic (CAR), late on Sunday, in what Christians described as retaliation for an earlier attack on their neighborhood.

Colonel Karangwa Jean Paul, the commander of the Rwandan contingent serving as part of the African peacekeeping force, MISCA, said they had opened fire after the Christian mobs attacked Muslim civilians.

"It’s true our troops had opened fire to disperse the crowds, but unfortunately one Christian in the mob was killed," he told Anadolu Agency.

Colonel Paul insisted that his troops could not just stand and watch as the Christian mobs killed innocent Muslims.

"We are here to protect both Muslims and Christians," he asserted. "We cannot allow killings to happen in front of us."

On Friday, a Muslim was pulled off a truck heading to Chad and lynched by a Christian mob that later set his body alight.

Muslims have increasingly been targeted since Bangui Mayor Catherine Samba-Panza, a Christian, was elected interim president in January.

"It's just a matter of days or weeks before the last pockets of Muslims in this country leave for Chad, fleeing this wave of violence," Mr Bouckaert told the BBC World Service.

"There are literally entire neighbourhoods which are completely emptied of their Muslim population. Their homes are being systematically taken down - roofs, doors, windows, everything is just being taken down. So the very evidence of their existence in this country is being erased," he added.

"The violence is now coming mostly from the anti-Balaka militias who are systematically attacking Muslim neighbourhoods but the Seleka fighters are still around."

In the clashes between Muslims and Christians more than 1,000 people were killed and almost one million people displaced.