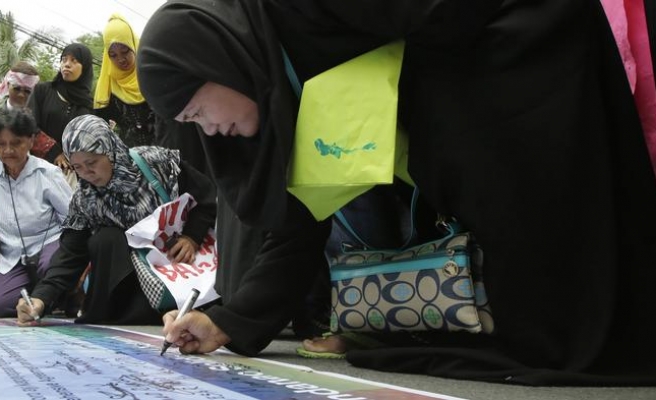 Governor Mujiv Hataman will deliver the State of the Region Address (SORA).

Expressing optimism that Congress will approve the Bangsamoro Basic Law (BBL) soon, Hataman said his second SORA is possibly his last as the region eyes the establishment of the Bangsamoro Autonomous Region (BAR) which will replace the existing ARMM.
“I believe that will take place soon,” Hataman said referring to the impending passage of the BBL into law as quoted by state-run Philippine News Agency.
The BBL, which is a fulfillment of a 2014 peace deal between the national government and the Moro Islamic Liberation Front (MILF) was presented by the Bangsamoro Transition Commission to President Rodrigo Duterte in July and was transmitted by Duterte to Senate and Congress the following month.
Duterte again last month called on the lawmakers to expedite the passage of the proposed BBL since he committed to both the MILF and the Moro National Liberation Front to pass it. “If we do not act on it expeditiously, I think that we are headed for trouble.
We must continue to talk and I will urge Congress to fast-track it because they are getting impatient,” said Duterte.
“That is a commitment. Not even a promise but a commitment to the Moro people,” he added. Hataman said everything is set for the anniversary commemoration however Monday’s celebration will show respect to the thousands of Muslim brothers who were affected by the five-month crisis in Marawi.
Duterte said that the BBL would help boost peace in Mindanao as the government starts rehabilitation of Marawi City.
Last Mod: 20 Kasım 2017, 10:51
Add Comment