Presentation on Islam to US Army includes blasphemous comments

In the presentation, Islam is introduced as a religion which encourages people to tell lies when Islam's interests are in question. 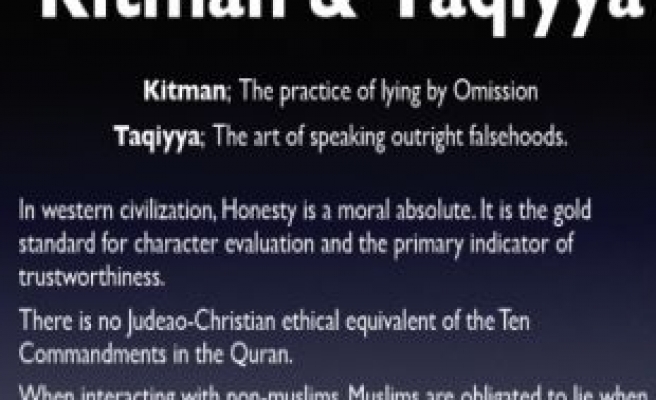 A presentation on Islam allegedly made to members of the US Army included some blasphemous comments and distorted facts about Islam.

The 13-page presentation was prepared by Michael Margulies, an expert on Arabic language and literature, and was posted on the “Public Intelligence” website.

The presentation, titled “Muslim Morality and Jihadi ethics,” includes a so-called photo of the Prophet Muhammad in addition to general information on the Muslim holy book, the Quran.

In the presentation, Islam is introduced as a religion which encourages people to tell lies when Islam's interests are in question.

“In western civilization, honesty is a moral absolute. It is the gold standard for character evaluation and the primary indicator of trustworthiness. There is no Judeo-Christian ethical equivalent of the Ten Commandments in the Quran. When interacting with non-Muslims, Muslims are obligated to lie when they feel doing so will further the ends of Islam,” it says in the presentation.

The last part of the presentation talks about the state of non-Muslims in a Muslim country who continue to live there by paying jizya, a per-capita tax levied on an Islamic state's non-Muslim citizens, who meet certain criteria, to the state. A picture from the popular movie “The Godfather,” showing a man kissing the hand of Vito Corleone, the main character, is used to depict the situation of non-Muslims in a Muslim country.