Prophet Muhammad's letter about how Muslims should treat Christians

Despite being an overall minority, there is a significant Christian population living in countries like Syria, Turkey, Iraq, Lebanon, Palestine and Egypt. 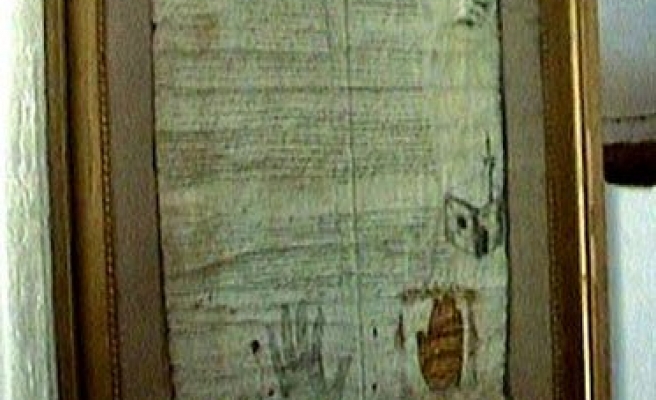 Amid the chaos that has laid siege to all people of the Middle-East and North Africa since the Arab Spring uprisings against dictatorship paved the way for militancy and civil war in region, the Christian world is increasingly expressing its concern over the condition of Christians living in the region.

Despite being an overall minority, there is a significant Christian population living in countries like Syria, Turkey, Iraq, Lebanon, Palestine and Egypt.

In this context, it may benefit both Muslims and Christians to recall the words of the Prophet Muhammad regarding how Christians should be treated by Muslims in the following translation of a letter he sent to the Christian monks at St. Catherines, Mount Sinai (Egypt) in 628 AD:

“This is a message from Muhammad sof of Abdullah, as a covenant to those who adopt Christianity, near and far, we are with them.

Verily I, the servants, the helpers, and my followers defend them, because Christians are my citizens; and by Allah! I hold out against anything that displeases them.

No compulsion is to be on them.

Neither are their judges to be removed from their jobs nor their monks from their monasteries.

No one is to destroy a house of their religion, to damage it, or to carry anything from it to the Muslims’ houses.

Should anyone take any of these, he would spoil God’s covenant and disobey His Prophet. Verily, they are my allies and have my secure charter against all that they hate.

No one is to force them to travel or to oblige them to fight. The Muslims are to fight for them.

If a female Christian is married to a Muslim, it is not to take place without her approval. She is not to be prevented from visiting her church to pray.

Their churches are to be respected. They are neither to be prevented from repairing them nor the sacredness of their covenants.

No one of the nation (Muslims) is to disobey the covenant till the Last Day (end of the world).”

So, Christians are no longer infidels that deserve death? That's great news!