Morsi supporters are camping out in Rabaa Al-Adawiya Square and Al-Nahda Square near Cairo University in Giza. 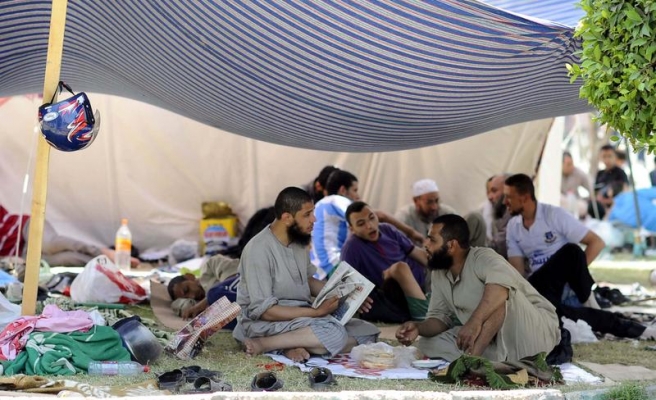 World Bulletin / News Desk
A few days before the start of the Muslim holy fasting month, the aura of Ramadan is taking over Rabaa Al-Adawiya Square in the Cairo district of Nasr City, where tens of thousands of ousted President Mohammad Morsi’s supporters are camping.

Traditional Ramadan decorations, including the trademark lantern and lights, are everywhere in the square, according to an Anadolu Agency correspondent.

Songs celebrating the coming of the dawn-to-dusk are also being played over loudspeakers, to the cheering of Morsi loyalists.

Egyptians will start fasting Ramadan on either Tuesday or Wednesday of this year, depending on the sighting of the new lunar moon.

The powerful army announced Wednesday a roadmap for the future which saw the ouster of the country's first democratically elected and the temporary suspension of the constitution.

Hundreds of thousands of Morsi loyalists have since flooded the streets of capital Cairo and other governorates demanding his reinstatement.

Thousands of them are camping out in Rabaa Al-Adawiya Square and Al-Nahda Square near Cairo University in Giza.