Rare photo archive of Prophet's Mosque to go on auction

The documents which belong to the family of Egyptian architect Fahmy Moemen Bey, who was commissioned to design the expansion of the mosque, had been kept for 60 years. 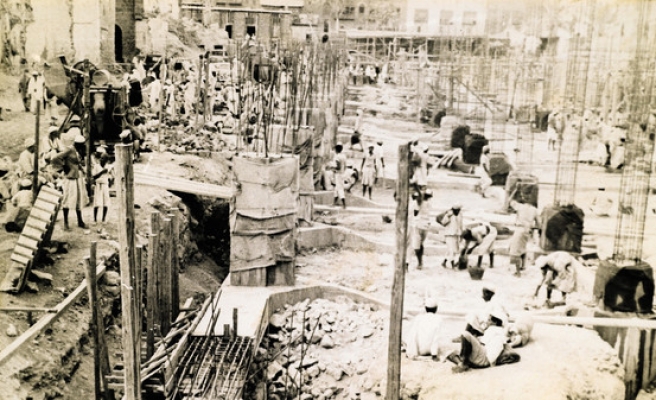 The world-acclaimed auction house Sotheby’s has put a collection of 52 original architectural drawings and 216 photographs of the first expansion of the Prophet’s Mosque in the Islamic holy city of Medina which was ordered by King Abdul-Aziz al-Saud in 1951.

According to Al-Arabiya News, the documents which belong to the family of Egyptian architect Fahmy Moemen Bey, who was commissioned to design the expansion of the mosque, had been kept for 60 years.

However, the family recently decided to auction the documents as they felt it was a “a collection that should be in auniversity or in a museum and available for a lot more people to enjoy.”

Speaking to Al Arabiya News, specialist in books and manuscripts Richard Fattorini said, “Some of the plans actually detail life-size drawings depicting how the marbles, windows, arches and decorations of the columns and the pillars are going to be decorated and carved.”

“They’re the architect’s own linen... They were rolled and unrolled everyday on the buildingsites, at the mosque, as the project was being done,” Fattorini added, describing the collection as “an educational tool... for people to understand Islamic architecture and design.”

“You can imagine that the price is commensurate with the rarity and uniqueness of this archive,” he said, without mentioning a specific price because the auction will be private.

Fattorini also said that the collection will be sold as an archive and will not be split up.