Report on Islam in Asia: Japan 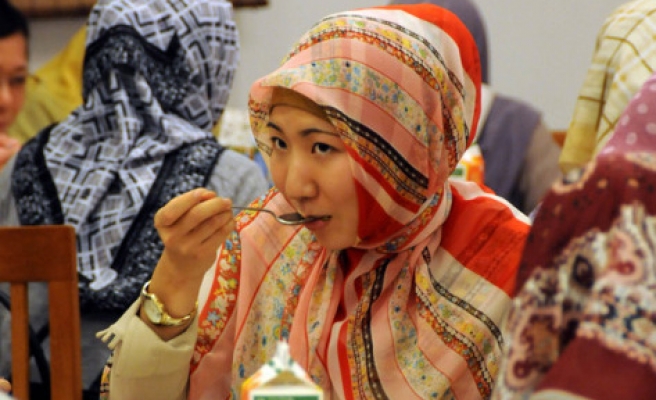 Most of the historians say that Turk-Tatar relations were one of the main reasons on Islam's spreading in Japan.

There is a belief that a number of Muslims in Japan converted to Islam due to Tatars who immigrated to Japan a century ago.

Tokyo Mosque which was constructed by Turkey, is the center of Islam in Japan.

Not only Turks are using this mosque, but also several nations taking advantages of this holy building to arrange conferences and cultural events.

While "khutbah" is delivered in Turkish, English and Japanese in the mosque during Friday prayer, non-Muslims are allowed to watch Muslims' prayer in a private area within the mosque. With the help of this opportunity, lots of non-Muslims donate some money to the Tokyo Mosque.

It is known that there are 300,000 Muslims living in the country. It is also known that number of Muslims is increasing year by year in Japan.

After Tatars immigrated to the country, a Muslim community began developing very quickly, and the Muslims' voice began to be heard in 1930s.

After first mosque was erected in Kobe, several buildings for prayers were constructed in different cities of Japan in the following years.

Qurbanali, one of the first Muslims in Japan, took charge of Society of Tokyo Muslims in 1928. Ottoman person Qazan Tatar Abdurrashid Ibraham who wrote a book after travelling in Muslim regions in Asia before moving to Japan, was also another effective Muslim in Japan.

I love Japan. And as a moslem I'm proud :DI really want to go there!