Young 22-year-old American Muslim reporter Heba Said was ridiculed and called “Islamist” by the delegates at the Republican Party’s annual convention because she was wearing the headscarf. 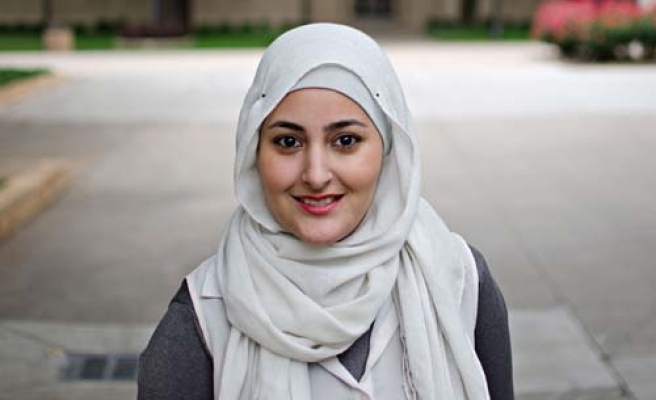 Muslim Student soon to graduate with a degree in political science was faced with sour faces and racisim when she attened the Republican Party's Annual convention as a reporter.

Young 22-year-old American Muslim reporter Heba Said was ridiculed and called “Islamist” by the delegates at the Republican Party’s annual convention because she was wearing the headscarf.

“I attended the convention as a reporter hoping to tell readers about the panel discussions I attended, but I discovered a cult-like hatred that is simply disgusting,” Heba Said, a senior at the University of Texas at Arlington and the opinion editor of the school paper, The Shorthorn, wrote in her column.

The Muslim reporter aimed to tell her readers about the experience of sitting during panel discussions with delegates. Yet, the senior student's dream was shattered, turning into a nightmare of racial abuse.

“As I walked through the halls, people stopped in their tracks and frowned and shook their heads at me,” Heba wrote. “I was referred to as “you people” and “y’all Muslims” more times than I can count. And the worst part was the way delegates looked at me, as if I were something to fear when I approached them,” she added.

Asking about Republican's prospects to draw Muslim voters, Heba wrote that she faced discrimination, stirring up speculations about her American identity.

“After discussing with one candidate whether there were Muslim outreach plans, I almost didn’t feel like I was allowed to be American, as if what he said stripped me from my American identity,” the Muslim reporter wrote.

An earlier Gallup poll found that the majority of Americans Muslims are loyal to their country and optimistic about their future in the United States.

Texas GOP chairman denied the statements that Said made.

“I did not observe any of this,” Steve Munisteri, Texas GOP chairman, told Yahoo News on Saturday, June 14. “I never heard a single anti-Muslim statement, and I never saw any anti-Muslim activity.”

A recent report by the umbrella Council on American-Islamic Relations (CAIR) has found that Islamophobia in the US is on the rise.