Restoration of Buruciye Madrasa under way in Turkey's Sivas

The madrasa administration announced that the work on the lead plating of the roof will begin once the clay coating below has been removed. 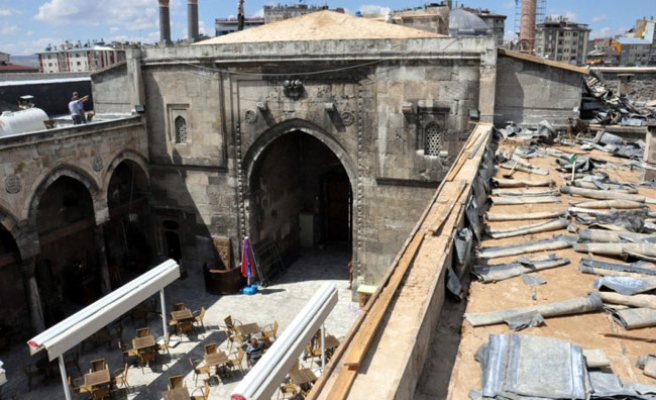 A striking architectural monument built under the rule of the last of the Seljuk sultans, Kaykhusraw III, in 1271, the Buruciye Madrasa of the Central Anatolian province of Sivas, is set to undergo a 45-day process of restoration, the Anatolia news agency reported on Monday.

The old theology school, which was built by Hibetullah Burucerdioglu Muzaffer and underwent a period of restoration in 2005, has now been deemed worthy of another spruce-up with renewal to the tiles in the tomb, replacement of the lead plating in the roof and repairs to various parts of the historic monument all on the agenda.

The madrasa administration announced that the work on the lead plating of the roof will begin once the clay coating below has been removed.

Following the restoration in 2005, the madrasa was turned into a classic crafts center featuring a range of traditional handmade works of craft and workshops, which was opened by the then-Culture and Tourism Minister Atilla Koç in 2006.

The historic complex, renowned for its dramatic stone entrance and ornate doors, also boasts a library and an airy tea garden in the open stone courtyard.