Rising Islamophobia in Europe becomes cause for concern

Islamophobia is growing in Europe and it is on rise in the Netherlands. 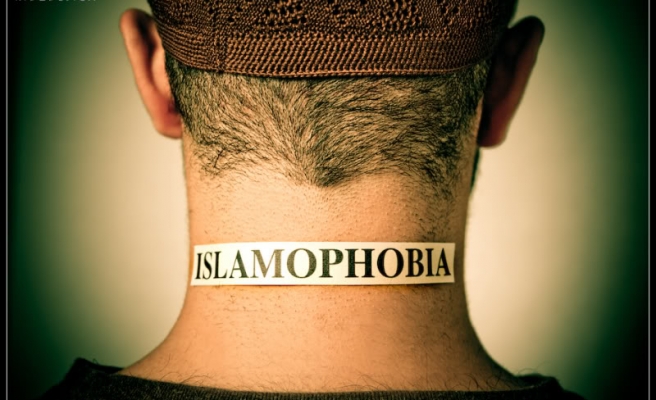 Rising Islamophobia has become a cause of great concern for Muslim communities in the Netherlands. Some 117 mosques were attacked in the past five years in the country.

Head of The Contact Body for Muslims and Government (CMO), Ebubekir Ozture told the Anadolu Agency that there has been a significant increase in the the number of attacks and verbal assaults against the Muslims as the far right in the Netherlands has risen in recent years.

Ozture said a pig's head was placed in front of a mosque at Boskoop last Saturday night and he sent a request to the mayor to launch thorough investigations.

Emphasizing that as the CMO they have been working to prevent Islamophobia, Ozture said they came together with leaders of all political parties except far right Freedom Party (PVV).

"All the leaders of the parties we came together with took the meetings positively.  We are expecting that they will put this issue on their agenda in the coming September."

Yep, I'm a Islamophobe! and if we're at it, I should also confess of being and Naziphobe, Dumassphobic, Totalitarianophobe, Theophobic etc.... Being afraid of totalitarian ideologies should not be a crime among the civilized

religion is dangerou I fully support you. This talk of Islamophobia only create a new wave of radicalism and terrorism. It is the same strategy Hitler used in 1930s by presenting western world and jews as a enemy that wanted to destroy and humilitate Germans. Muslim leaders and leftists do exactly the same nowadays. Throwing term islamophobia everywhere will end in global clash of civilizations.