Crimean Tatar's are specifically being targeted ahead of the introduction of a new law that will see a number of Islamic books banned in the peninsula. 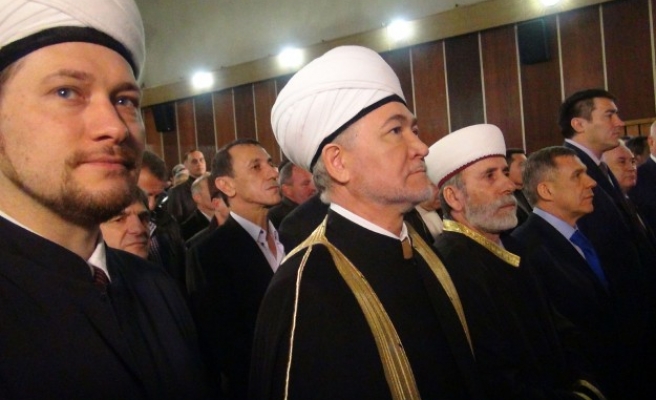 The homes of Muslims in Crimea are repeatedly searched by Russian agents for banned literature, Qirim News Agency has reported.

On September 5, agents raided the houses of members of the Crimean Tatar Mejlis (Parliament) Mustafa Salman and Dilyaver Hayreddinov in Nizhnegorsk Rayon.

“The searches were conducted by police officers, it is unclear, why in Nizhnegorsk Rayon exactly. They are searching for banned literature,” Crimean Tatar national movement activist Zair Smedlyaev said.

Eye-witnesses said police searched for arms while Mustafa Salman and his two sons were deployed to the local police department, journalist Shevket Namatullaev wrote in Facebook.

This is not the first case of such searches in Crimea. Previously, Russian Federal Security Service officers searched Crimean madrassas (religious schools) for banned literature.

Three madrasas were searched during August 13, ahead of Russia’s Federal List of Extremist Materials law that will come into force in 2015 that bans a number of popular Islamic books.

The law bans a number of Islamic religious books that under Ukrainian law were deemed legal.

The Federal List of Extremist Materials was compiled by the Russian Ministry of Justice on July 14, 2007 and contained 1,058 items as of December 25, 2011. Producing, storing or distributing the materials on the list is an offense in Russia.