Russian clerics warn of unrest over ban of translation of Koran

Russia's Council of Muftis sounded the alarm in an open letter to President Vladimir Putin, who has frequently called for unity among the leading faiths and warned that ethnic tension could tear Russiaapart. 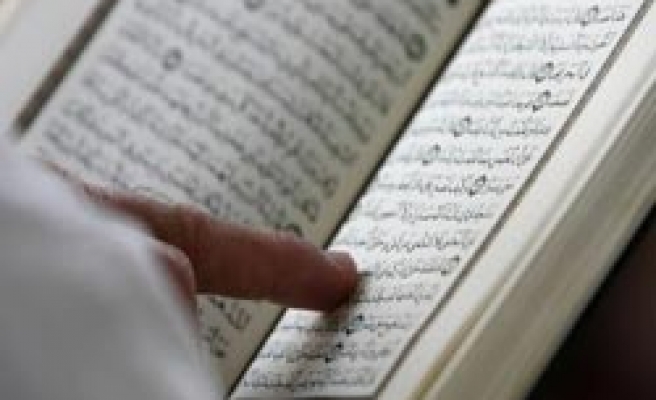 Russia's senior Islamic clerics warned the country's leaders on Friday unrest could erupt in Muslim communities in Russia and beyond if a court decision ordering the destruction of a interpretive translation of Koran is not overturned.

Tuesday's ruling by a court in Novorossiysk, a city in southern Russia, ordered the widely read text outlawed under a Russian anti-extremism law that rights activists say has been abused by local officials out of prejudice or to persecute groups frowned upon by the dominant Russian Orthodox Church.

Rights campaigners said that the decision, which will apply nationwide unless it is overturned on appeal, comes dangerously close to banning the Koran itself.

Russia's Council of Muftis sounded the alarm in an open letter on Friday to President Vladimir Putin, who has frequently called for unity among the leading faiths and warned that ethnic tension could tear Russiaapart.

"Russian Muslims are very strongly indignant over such an outrageous decision," Rushan Abbyasov, the deputy head of the council, which has close ties with the Kremlin, told Reuters.

If the ruling is acted on, the cleric warned: "There will be unrest ... not only in Russia but all over the world, we are talking about the destruction of the Koran."

In the letter to Putin, the council drew a parallel with violence in the Middle East and Afghanistan over the actions of an American pastor, Terry Jones, who threatened to burn the Koran on Sept. 11, 2010.

"Is it necessary to discuss how the destruction of books, especially sacred religious books, has been received in Russia in the past?" it said.

"We recall how the burning of just a few copies of the Holy Koran by a crazy American pastor elicited a firm protest not just from Russian Muslims but from our entire society, in solidarity with the stormy and longlasting anger of the global Muslim community and all people of goodwill," it said.

A lawyer representing the text's author, Azeri theologian Elmir Kuliyev, said he will appeal the ruling, which calls for the text to be banned and copies of it "destroyed".

"This is pure idiocy. Some local prosecutor sent this material to a local court and they together decided to ban a holy book," lawyer Murat Musayev, who has one month to appeal the ruling, told Reuters.

"On the one hand there is freedom of religion in Russia, on the other they are banning fundamental religious texts."

Experts say the more than decade-old translation by Kuliyev is a respected scholarly work, one of four translations of the Koran into Russian.

"This is one step away from banning the Koran," said Akhmed Yarlikapov, an expert on Islam with the Russian Academy of Sciences.

"This is a very high quality translation," he said. "The banning of Kuliyev's translation is utterly unprofessional, you could ban the Bible just as easily because it also has passages that talk about the spilling of blood."

Putin has championed the dominant Russian Orthodox Church as a moral compass but has also called for a multicultural Russian identity and emphasised the need to avoid religious strife in a country with a Muslim minoroty estimated at about 15 percent.

The government is fighting against a persistent Islamist insurgency in the North Caucasus, spawned by separatist wars in Chechnya.

Since Russia's anti-extremism law was passed in 2002, with the purpose of curbing potential threats, over 2,000 publications have been placed on a blacklist posted on the Justice Ministry's website.

The inclusion of some texts, such as the Russian edition of the diaries of Nazi Germany's propaganda minister Joseph Goebbels and Adolf Hitler's "Mein Kampf", has won praise from human rights campaigners.

But critics say too many innocuous works have been added, threatening the rights of minority groups. Analysts say the abuse stems from vague wording in the law and procedures that empowering local official in a flawed justice system.

Once a court anywhere in Russia judges a text extremist, it is automatically added to the nationwide blacklist.

Among the controversial materials included are the books of Turkish theologian Said Nursi, another of Kuliyev's works, a hadith collection of the sayings of the prophet Muhammad and Jehovah's Witnesses' basic texts.

"The way that the extremism law works is this kind of unstoppable mechanism that allows very junior courts to ban what they like," said Geraldine Fagan, an expert and author of a book on Russian religious policy.

"This is quite a momentous case. It could be the case that turns everything around and triggers a reversal of the general tendency, although that would surprise me," Fagan said.

"There doesn't seem to be any political will whatsoever to stop this from happening despite very high level criticism."