Russian police said that they arrested 30 people involved in the incident on the grounds that they attacked the police. 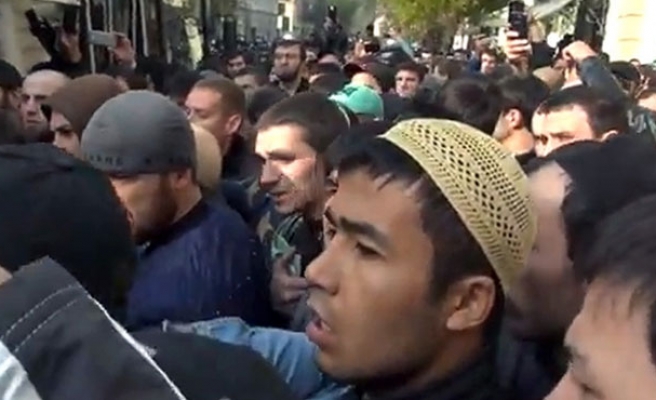 Russian police arrested 30 Muslims just after Friday prayers last week after they took one of their friends who had been wrongly arrested out of a police car.

In Russia's capital city Moscow, Russian police arrested a Muslim man as he was coming out of a mosque before his Muslim friends took him from the police vehicle.

After this, Russian police said that they arrested 30 people involved in the incident on the grounds that they attacked the police.

The chief of the Moscow police department Andrei Galiakberov said, “30 people were detained to prevent a breach of the peace and because they resisted police officers. A court imposed on them an administrative penalty and a fine. Two of them were imposed because they provoked the Muslim community there and attacked the police and using violence which is not threat to a public officer's health and life.“

Those two particular individuals may be sentenced to10 years in jail if they found guilty.