Majority of Senegalese will celebrate the first day of Eid al-Adha holidays on Wednesday, but some will instead follow Saudi Arabia in celebrating one day earlier. 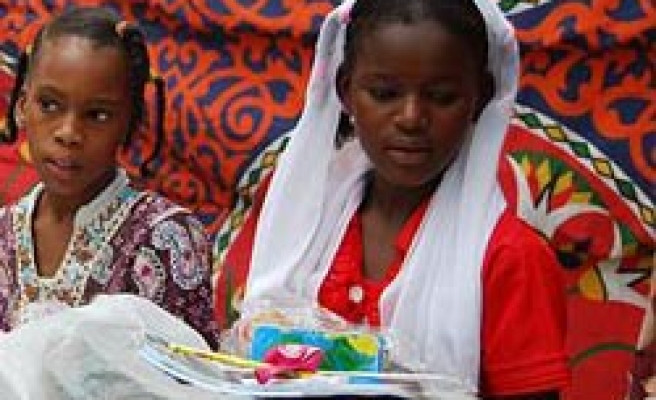 While the overwhelming majority of Senegalese will celebrate the first day of Eid al-Adha holidays on Wednesday, some will instead follow Saudi Arabia in celebrating the Muslim feast of sacrifice – which marks the climax of the Islamic Hajj pilgrimage – one day earlier.

"This is unacceptable. The government must stop this," El-Hadj Ousmane Diabaté, 67, told Anadolu Agency. "It is extremely bad to see a country where Muslims cannot go united."

In a Saturday statement, an organization called the 'Coordination of Muslims in Dakar' announced that the Eid al-Adha would begin on October 15.

One day later, Senegal's National Commission, which comprises representatives of all the country's main Sufi orders, issued a contradictory statement.

The commission, tasked with spotting the lunar crescent the appearance of which signals the beginning of the new Islamic month, put the first day of Eid on October 16.

Those who will celebrate the Eid from October 15, who are in the minority, will be following Saudi Arabia, which has set the same day for the start of the feast.

The majority of Senegalese, however, will be following the sighting of the crescent moon.

"We must respect the view of people celebrating on October 15," Alboury Mbaye Ndiaye, a Muslim resident of the capital, told AA.

"They are wahhabis who promote recommendations of Prophet Muhammad."

In recent years, the term has been used to refer to ultraorthodox Muslims, particularly those influenced by the Saudi doctrine and theology.

But many Senegalese Muslims see the difference regarding the first day of Eid as "a division which must be stopped by our religious guides."

"I understand that the first group is… referring to Mecca, but I think it's time to start discussions so as to avoid such a situation, which seems to give our country a bad image in the sub-region," Fabakary Touré, another Senegalese Muslim, told AA.

The debate has even made it onto the airwaves, with some local radio stations giving the floor to callers to comment on the issue.

It is not the first time, though, for Senegalese to differ over dates set for a religious event.

The same thing often happens at the beginning and end of the Muslim fasting month of Ramadan.

Since around the 11th century, when it began spreading in Senegal, Islam has been the predominant religion in the African country.

More than 95 percent of Senegal's population is Muslim, with most of them members of various Sufi orders.