Nemat Ali Shah, 57, was attacked as he returned home from the Central Jamaat Ahle-Sunnat mosque late on Monday. 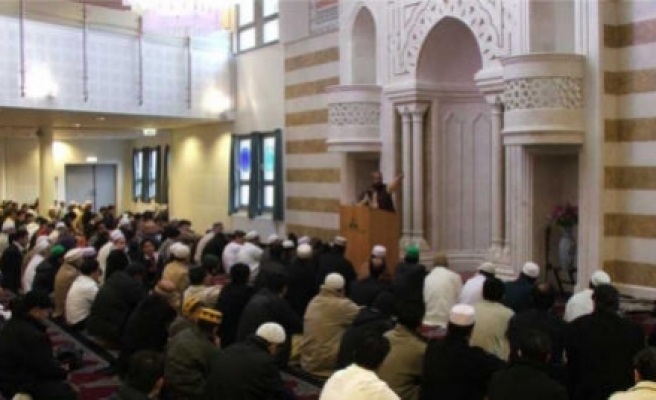 The imam of Oslo's main mosque is recuperating in hospital  after a masked assailant repeatedly hacked him with a small axe in the centre of the Norwegian capital.

Nemat Ali Shah, 57, was attacked as he returned home from the Central Jamaat Ahle-Sunnat mosque late on Monday.

On their Twitter account, he police said that a stabbed man had been taken to hospital with serious injuries and that numerous units were hunting for the attacker. Police are treating the attack as an attempted murder.

The religious leader suffered wounds to his hands and face but is in stable condition after undergoing an operation.

The police said they would hold a press conference on the attack later on Tuesday. According to the police, the attacker was wearing a green and black jacked, a hooded top, blacking jogging pants and white and grey shoes.

The Aftenposten newspaper stated that Shah was attacked after he left his house to lead the evening prayers. When he didn’t show up locals that gathered to pray tried reaching him through phone calls, and when they weren’t able to hear from him they were alarmed.

Ghulam Sarwar, the mosque's chairman, said that Shah had been hit on one side of his face, and wounded under one eye.

"He also had injuries to his fingers and hands, which suggests that he tried to defend himself with his fists," Sarwar told Aftenposten.

The mosque has had conflicts within the Muslim community and attacks by far-right gangs, leaving them unclear of who had done this to Shah.

During the same month another mosque, The World Islamic Mission mosque, received an email threatening a campaign of mosque-burning across Norway.

Sarwar told NRK, "We are not aware that our imam has any conflicts with anyone, and he has not received any threats," he said. "We are very shocked."