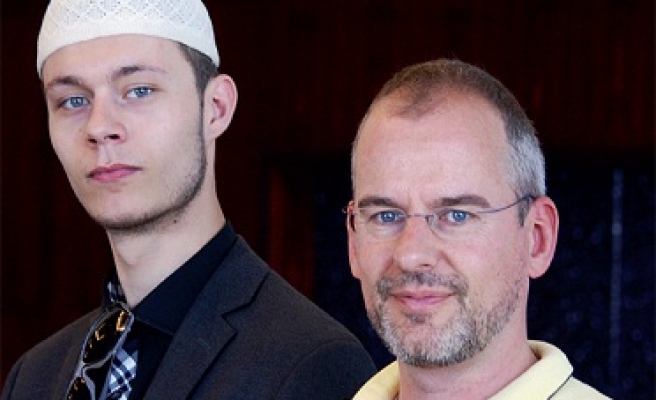 The son of former far-right Dutch leader Arnoud Van Doorn, who converted to Islam last year, has joined his father in also professing his faith in the religion of Islam.

The Khaleej Times reported on Monday that Iskander Van Doorn had made his declaration of faith along with 37 others at a Dubai International Peace Convention.

“I saw my father become more peaceful after converting to Islam," Iskander said, adding "that’s when I realized there is something good in this religion and it made me change my perception of Muslims.”

Stating that after his father's conversion he too started studying the Qur’an and listening to lectures about Islam, the 22-year-old Isakander said a close friend who was a Muslim also helped to teach him more about the religion.

His father, a former aide to Holland's far-right leader Geert Wilders, participated in the making of the anti-Islamic film 'Fitna' which insulted Islam.

Arnoud Van Doorn later started looking into Islam to get back at critics who had slammed the film, but was inspired by Islam's message and professed his faith shortly afterwards.

Having performed the Hajj pilgrimage, the repentent Dutch politician distanced himself from the Dutch far-right and expressed his regret over his role in distributing the movie, vowing to now work on a new film presenting the Prophet Muhammad in his true light.

Van Doorn also said that he was considering starting an Islamic party in Holland.

We shouldn't be surprised by this change of heart. God has a mysterious way of making things happen. It is always easy to hate something that you don't know about. May Iskander find peace, happiness and renewed hope in his new faith in Islam. May God be praised!

When Umar Ibn al Khattab the second caliph of Islam ruled his empire Jews and Christians were free to perform their own religious duties without any hassle.Infact Jews and Christians had their own courts and justice system which was based on their own religious books instead of the majority law which was sharia. I bet u didn't know that little historical titbit.IALondon School of Islamics Trust

The boy does not seen to be so very bright either!