"Let’s continue behaving like we did in the holy month of Ramadan by helping the poor and doing other good deeds which Allah wants us to do," Hazarvi said 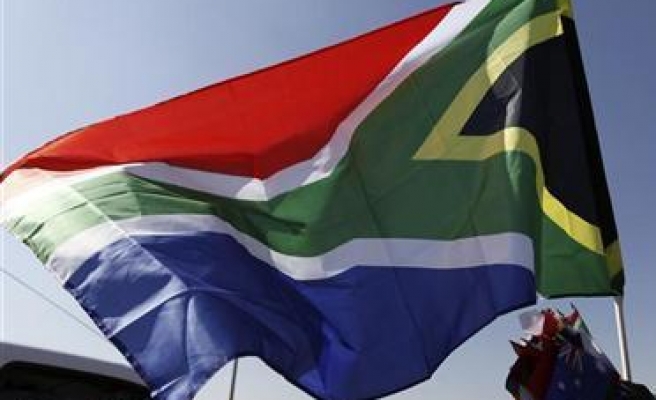 South Africa's Muslims celebrated Eid al-Fitr, the three-day festival that follows the fasting month of Ramadan, on Friday, but heavy rains have disrupted the prayers associated with the Islamic religious festival, forcing imams to move the ritual into mosques.

"We were expecting between 5,000-7,000 people to attend the Eid prayers outside this sports ground, but unfortunately due to rain we had to change the venue to a mosque in Erasmia, which is a bit smaller in size," Sheikh Ebrahim Tayob, the organizer of the Pretoria Eidgar, told Anadolu Agency.

He said that Eid prayers were delayed at most venues in the capital Pretoria because of the heavy rains.

"Most Imams I spoke to in different mosques told me they had delayed their prayer time from 8 a.m. to 9 a.m. because of the heavy rains."

Sheikh Imad Kishtah who led the Eid prayers at the Erasmia mosque encouraged Muslims to remain united throughout the year.

"We have been united during the month of Ramadan and I encourage all of you to continue with the same spirit," he told the congregation.

Following the Eid prayers, Muslims in Laudium visited graveyards to pay respects and recite prayers for the dead.

Leading Muslim scholars, meanwhile, hosted a breakfast for members of the community, where recitations of the holy Quran and lectures were given to attendees.

"Let’s continue behaving like we did in the holy month of Ramadan by helping the poor and doing other good deeds which Allah wants us to do," Hafiz Ismail Hazarvi, the Deputy Principal of Darul Uloom Pretoria, told attendees.

He also prayed for peace in Muslim countries which were experiencing civil and political turmoil.

But Muslims in Johannesburg braved the bad weather and attended the prayers in the open space to celebrate the religious feast.

"Despite the drizzling, we prayed outside a sports ground in Mayfair and the turn-out was very good Alhamdulillah," Sheikh Ahmed Mahmud of the Mayfair mosque in Johannesburg told AA.

"On behalf of government and the people of South Africa, I am pleased to celebrate the end of Ramadan by wishing the Muslim community in South Africa and around the world a happy Eid al-fitr," the president said in a statement.

Zuma also encouraged Muslims to continue with the spirit of Ramadan which teaches Muslims to be disciplined, patient and dedicated to their faith.

"May this day be one of peace and joy for you and your family," Zille said in statement.

The community enjoys many freedoms compared to those living in other countries and participates in many sectors of the country as politics, business and academia.

There are currently a number of Muslims serving as ministers, professors and high ranking members of the civil service.