Sweden's Muslims shocked by attack on mosque under construction

Unidentified people suspected of being right-wing extremists attacked the cabins attempting to set light to the facilities. 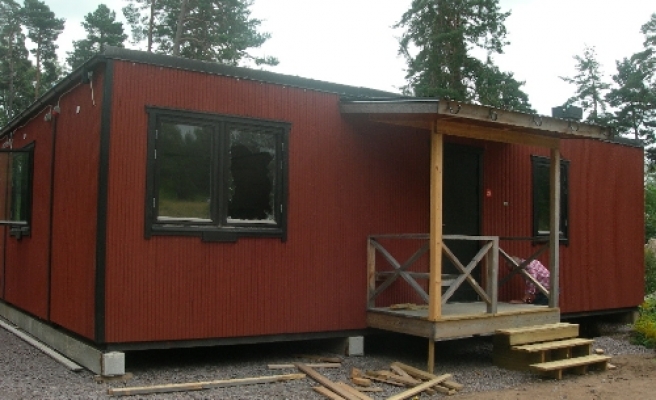 Swedish Muslims have been shocked by Saturday's attack on a mosque under construction in the city of Skövde in Sweden's Skaraborg region, calling on authorities to step up surveillance of right-wing extremists.

A plot of land to build a mosque and cultural center in Skövde was granted by the municipality and the local Muslim community built temporary cabins and living facilities for construction workers as well as a temporary place for prayers until the mosque and the cultural center were ready.

Unidentified people suspected of being right-wing extremists attacked the cabins attempting to set light to the facilities. The incident was reported to Swedish police and Muslims in Skövde say they have been are horrified by the incident.

In the wake of Norway's attack, European police agency Europol is setting up a task force of more than 50 experts to help investigate threats in Scandinavian countries. Europe has seen an overall increase in xenophobia, boosting the ranks of ultranationalists and fueling their activity.

Skövde Mosque and Cultural House Foundation Chairman Yüksel Peker and Deputy Chairman Harun Uzel said the planned mosque and cultural center are intended to be the center of the Sweden Islamic Academy and Sweden Muslim Doctors Union for the area of Stockholm, Göteborg and Malmö.