Tajik President Imomali Rakhmon has banned youths from praying in mosques and churches, prompting a local Muslim leader to call the move "a gruesome gift" for the Muslim holy month of Ramadan. 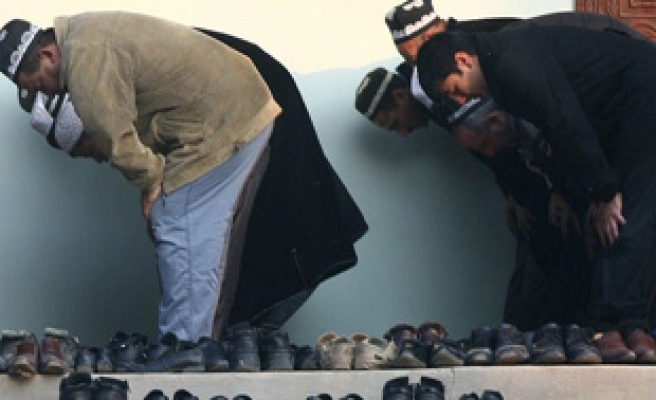 Tajik President Imomali Rakhmon has banned youths from praying in mosques and churches, prompting a local Muslim leader to call the move "a gruesome gift" for the Muslim holy month of Ramadan.

Rakhmon, in power since 1992, signed the bill on "parental responsibility" on Wednesday. He has said tough measures are needed to stop the spread of religious "fundamentalism" in his country of 7.5 million people, 98 percent of whom are Muslim.

All people under 18, except those studying at religious schools, are banned from worshipping in the Central Asian nation's mosques, churches or other religious sites, said the law which came into force on Thursday.

It also bans girls from wearing jewellery except earrings and prohibits people under 20 from getting tattoos, going to night clubs and watching films or reading material which "disseminates pornography, violence, extremism and terrorism".

It is not clear what the punishment is for breaking the ban.

"During the month of Ramadan and just a month before the 20th anniversary of (Tajikistan's) independence, the authorities made a gruesome present to all believers," prominent Muslim theologist Akbar Turajonzoda told Reuters.

"Prior to the adoption of this law, the authorities had already become too distant from their people and their needs, and now they turn this gap into an abyss of estrangement."

Rakhmon, whose Moscow-backed secular government clashed with the Islamist opposition during a 1992-97 civil war, has ignored requests from the United States and European Union to respect the freedom of conscience.

Rakhmon, who enjoys vast powers in the poorest of the former Soviet states, last year brought many Tajik students home from religious schools abroad and clamped down on a growing trend for Islamic dress.

A total of 158 people were jailed for "religious extremism" in Tajikistan, which borders Afghanistan and China, in 2010, five times more than in 2009.

"The president must have forgotten that the law of God is superior to the earthly law," said Turajonzoda, a former opposition leader. "This is why I doubt that under fear of fines young people will stop paying respect to Allah by praying."