Vandals have sprayed images of pigs and other insults on the walls of the mosque. 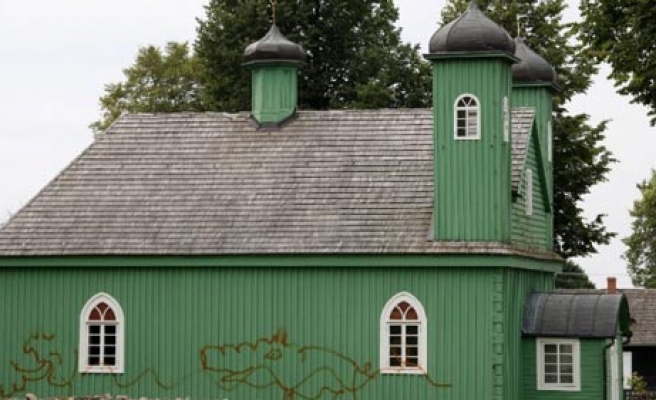 A few months after banning ritual slaughter in the central European country, a Tatar mosque in Poland has been defaced on Sunday, June 29, with pig graffiti in a sign of provoking Muslims' sentiments.

“On the eastern side you see a pig - an insulting symbol for our community and our religion - and other insults,” Bronislaw Talkowski, the president of the Tatar community in the village, told a local radio station, Agence France Presse (AFP) reported on Sunday, June 29.

The wooden mosque is located in one of the oldest Muslim cemeteries in Tatar area, located in the eastern village of Kruszyniany.

According to the community leader Talkowski, vandals have sprayed images of pigs and other insults on the walls of the mosque.

“It is hard to say who is behind it but it is certainly an organized group,” Talkowski added.

The provincial governor of regional capital Bialystok, Maciej Zywno, described it as an 'idiot act', adding that police investigations are underway.

“We have been collecting information about mosque incidents for some time, and here is our partial list,” he said.

“If you know about other incidents, please contact us with the information,” he urged residents.

Initial investigations have linked the hate crime to the ritual slaughter raw that has been banned since last January.

In July, Polish Muslims and Jews expressed anger over a parliament vote by the European country’s constitutional court rejecting to repeal an earlier ban on halal and kosher slaughter.

According to 2013 figures, Poland has 29 slaughterhouses which practice ritual slaughter, employing 4,000 people. The industry is worth $259 million in exports.