The liberator of Jerusalem: Salahuddin Ayyubi 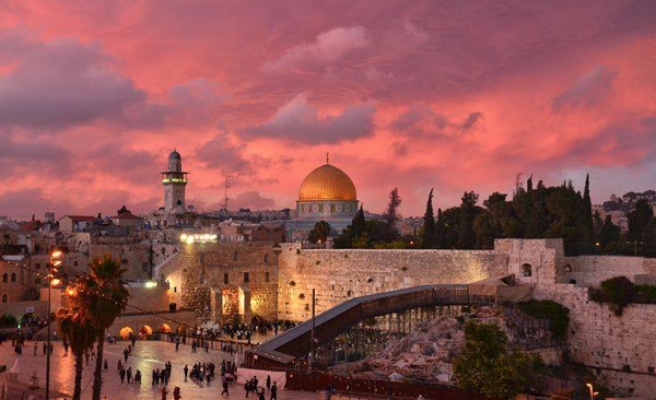 Yusuf ibn Ayyub, commonly known as Saladin Ayyubi was born to parents of Kurdish ancestry in Tikrit, Iraq in 1137AD. Saladin Ayubi was born into the Islamic world which at the time was in much turmoil. The sixth century of the Islamic era witnessed the impotence of Abbaside Caliphate and the Seljuk kingdom in the East and the collapse of the Fatimide Dynasty in the Western part. In the fertile Crescent(Today's Lebanon, Syria, Palestine, Jordan and Iraq) the ruler of almost every small town made an independent state of his own and tried to expand his authority through fighting with the other neighbouring city states. Besides almost all the major coastal towns on the East Mediterranean were captured and ruled by the Crusader invaders. Jerusalem (the claimed target of Crusaders) was of course already under foreign ruthless domination.

An artists impression of Saladin Ayyubi

His rise from a soldier to the King of Egypt and Syria was the result of both cleverly executed tactics and advantageous circumstances. He held key posts in Egypt, enabling him to consolidate power and overthrow the Fatimids. Syria, at the time, was ruled by the Zengids; when the Zengid ruler unexpectedly died, leaving an underage successor, the road was eventually cleared for Saladin to capture Syria. During his reign, Saladin built many schools, hospitals, and institutions in his quest for intellectual and civic achievements. He was also determined to bring justice, peace, and prosperity to those within his domain.

Although one would expect Saladin to be hated among the Crusader nations, he became one of the most esteemed Muslim figures of the medieval Islamic world because of the generosity he displayed towards the Christians despite the brutality Muslims had endured at the hands of the Crusaders. When the Christians had overtaken Jerusalem during the very first Crusade, they carried out mass atrocities and killings, creating a bloodbath in which the Muslim residents were the most prominent targets, as graphically documented in the PBS series Islam: Empire of Faith. In the words of the chronicler of Crusades, Raymond of Agiles, the massacre was so extensive that the Crusaders “rode in blood up to their knees and bridle reins.”

Saladin and Guy of Lusignan after Battle of Hattin

When Saladin retook Jerusalem, the Christians waited for a similar onslaught. However, Salahuddin not only spared the Christians but treated them honorably, allowing those who wished to leave to do so in peace, and for those who wished to stay to do so in harmony. Truly, he was a living example of the tolerant, progressive, and inclusive faith which was so dear to his heart. By showing restraint and peaceful treatment, Salahuddin was upholding the central tenets of Islam such as freedom of religion and protection of non-Muslims.

This room, tucked away in the Muslim Quarter of the Old City is where the famous Muslim general Salahuddin Ayyubi stayed when he wanted seclusion and carry out voluntary (nafl) worship.

Moreover, his chivalrous conduct toward King Richard I, and the mutual respect which ensued despite their warring roles, won him further accolades in quarters that could not bring themselves to despise him. “When Richard falls sick at the siege of Acre in 1192, Saladin not only sends his personal physician Maimonides over to treat him, he sends ice to help him fight the fevers and certain healing fruits. When Richard’s horse is killed during battle, and the English king finds himself on foot facing the entire Muslim army, the Muslims let him walk by their entire phalanx without attacking. Later, Saladin sends him two fresh mounts so he will not be at a disadvantage,” wrote Michael Hamilton Morgan in Lost History.

According to the French historian, Rene Grousset, “It is equally true that [Saladin’s] generosity, his piety, devoid of fanaticism, that flower of liberality and courtesy, which had been the model of our old chroniclers, won him no less popularity in Frankish Syria than in the lands of Islam.”

Salahuddin Ayyubi died in 1193 AD at the age of 56. Although he was at the helm of a vast empire stretching from Egypt to Syria, he himself owned very little. At the time of his death, his property and assets included a horse and money which was not sufficient even to bury him. He had devoted his entire life to the service of Islam and his subjects, avoiding the pomp and splendor which often distract rulers. Indeed, he was the epitome of a true hero and a devoted Muslim.