The number of Britons choosing Islam doubled in the past decade 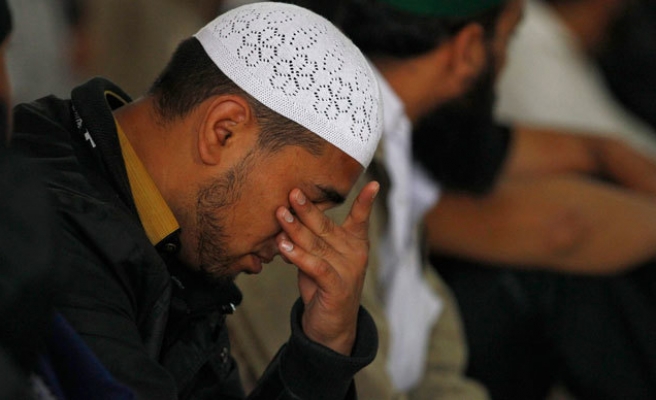 The number of Britons choosing to become Muslims has nearly doubled in the past decade, with one of the most comprehensive attempts to estimate how many people have embraced Islam, according to news source the Independent.

While previous estimates placed the number of Muslim converts between 14,000 and 25,000 an inter-faith think tank estimates the real figures could be as high as 100,000 with nearly 5,000 converts each year nationally.

A poll by Faith Matters,  surveyed converts living in Britain and broke down what proportion of Muslim converts there were living in London. The researchers  polled mosques with results showing 1,400 conversions in the capital and when extropolated this meant approximately 5,200 people converting to Islam each year – figures that were comparible with French and German survey research results.

The report also noted how converts were portrayed by the media and noted that more than 62% of news articles made mention of converts and in particular made references to terrorism and extremism.  What is noted is that although there are elements within the convert circle of Muslims who become terrorists the majority of them have nothing to do with this element. Many who convert face immense challenges with loss of family and friends, adapting to new environments, having to abandon family traditions that are against Islam and the lonliness that this can bring and many other factors that many Muslims born into the faith don’t necessarily need to deal with.

With almost 2.7 million Muslims living in Britain, the number of converts increasing means more Islamic represenation within the country. Catherine Heseltine, a 31-year-old convert to Islam, made history when she became the first female convert to be elected the head of a British Muslim organisation – the Muslim Public Affairs Committee. Highlighting the problems facing converts she said that "Among certain sections of society, there is a deep mistrust of converts," she said. "There's a feeling that the one thing worse than a Muslim is a convert because they're perceived as going over the other side. Overall, though, I think conversions arouse more curiosity than hostility."