TIKA will restore the only mosque remaining from the Ottoman Empire in Tirana. 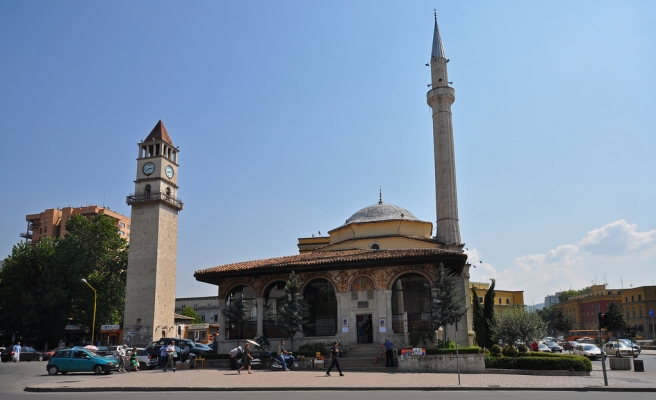 The mosque's reconstruction was announced by Turkey's Deputy Prime Minister Emrullah Isler on behalf of Turkish Cooperation and Coordination Agency (TIKA) during his formal visit to Albania last week.

Professor Birol Cetin, TIKA's coordinator in Albania said that work on Ethem Bey's mosque, the only remaining one from the Ottoman era out of 20 mosques in Tirana and situated in the city center, could take up to two years to restore.

"We will make a draft of the project by the beginning of May after which we will begin its implementation," said Cetin, adding that TIKA is already conducting the restoration of five mosques which began last year, two of which are restored and the other three will be completed in June this year.

"Ethem Bey really loved Istanbul which has been reflected in the architecture of the mosque in Tirana. Firstly, we shall fix the cracks in the mosque and then we will begin to repair the relics," said Cetin and added that apart from the preservation of the mosque's antiquities, the main goal is to make the mosque functional so that worshippers can attend and perform prayers.

In 1967 during the communism era in Albania, Enver Hoxha, the first secretary of the communist party either closed or destroyed the majority of mosques and churches as Albania was declared an atheist state. However, Ethem Bey's mosque miraculously remained preserved.

In the 1990's with the beginning of the democratic rule of laws in Albania, the mosque was open to worshippers again. Since then, many mosques were built in the country, but Ethem Bey's was left in a state of disrepair until now.