"This is the first virtual umrah (pilgrimage) staged in the world that we know of," district mayor Ismail Kavuncu said. 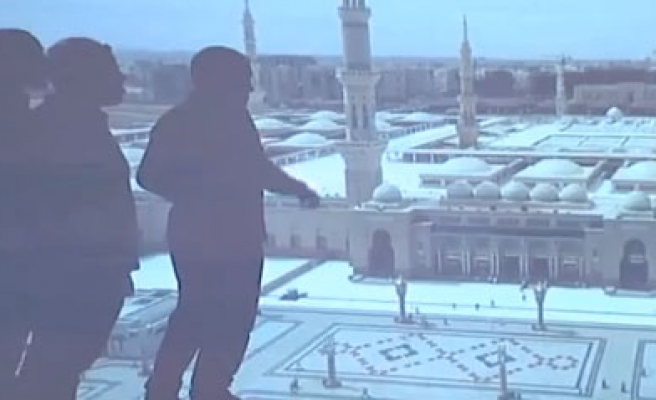 Hundreds of would-be pilgrims denied the chance to travel to Meccamade a virtual tour of the Muslim holy sites on Thursday after breaking their fasts next to an Ottoman mosque on Istanbul's Bosphorus shore.

Saudi Arabia's religious authorities last month approved a request by the government to reduce the number of pilgrims, including those from abroad, permitted at the haj this year to allow expansion work atMecca's Grand Mosque.

A real haj guide and seven actors in the Istanbul square, their shadows projected on three giant screens showing videos of Mecca, tried to recreate the pilgrimage, which all Muslims must perform at least once in their lifetime, if they are capable.

"This is the first virtual umrah (pilgrimage) staged in the world that we know of," district mayor Ismail Kavuncu said.

"All we hope is that it is some relief to our people who do not have the means or were left out of lists to visit the Islamic holy sites."

The head of Turkey's Directorate General for Religious Affairs, Mehmet Gormez, said this week that some 14,800 prospective pilgrims would not be able to make the pilgrimage since Saudi Arabia had cut this year's foreign haj quota by 20 percent due to renovations at the Grand Mosque.

This year's haj will be in October, but many pilgrims will also seek to visit Mecca in July during the fasting month of Ramadan.

While the virtual tour falls short of fulfilling religious obligations, it at least offered some solace to those unable to make the journey to Saudi Arabia.

"We've been on the list for four years and to make things worse now the quota has been reduced. It's not the same as being there in person, but this is just so beautiful," said 47-year-old housewife Suheyla Yildirim.