The mosque officials removed the mosque signboard after the Libyan leader’s death. 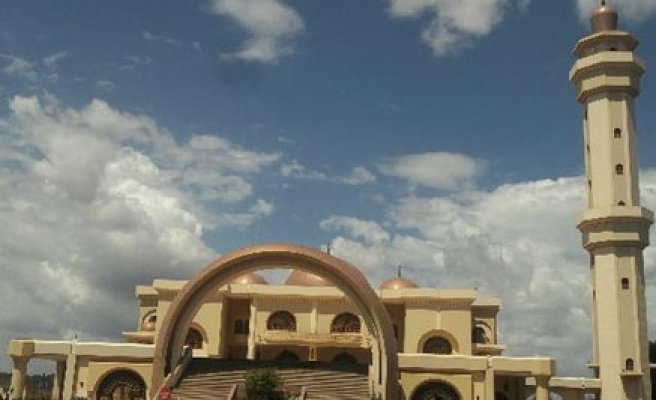 Once visited by hundreds of tourists across the African continent, the biggest Ugandan mosque “Gaddafi International Mosque” has lost its reputation and even its name after ousted Libyan leader Moammar Gaddhafi’s death.

It took about seven years to complete the mosque which was financed by Gaddafi and named after him. The Gaddafi mosque has been opened with a grand ceremony with the participation of about ten neighbouring country presidents including Somali and Kenya.

The mosque officials removed the mosque signboard after the Libyan leader’s death. The Gaddafi Mosque which is located in the capital city of Kampala has a capacity of 30 thousand people. Now the mosque looks for the day it could be renamed again.