Britain First, a far-right organization, has been reportedly recruiting boys to train them on street fighting against Muslims in sinister “fight clubs”. 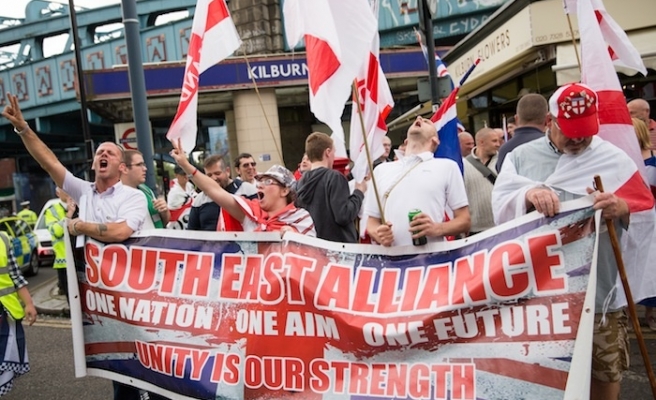 A British far-right group has been training its followers to fight British Muslims on the streets as part of its "Christian crusade" campaign against Islam.

“They have been booking mixed martial arts gyms so they can fight among themselves, training for confrontations with Muslims,” Mathew Collins of Hope Not Hate told the Daily Record on Monday, June 23.

Britain First, a far-right organization, has been reportedly recruiting boys to train them on street fighting against Muslims in sinister “fight clubs”.

The notorious Scots rabble-rouser Jim Dowson of ‘Britain First’, the leader of the free of charge fighting sessions, has sparked anger among anti-racism activists who vehemently rejected it.

News about several mosques across the UK being attacked by street fighters' have appeared in the last coulpe of weeks.

According to representatives of Britain First, mosque visits were part of a "Christian crusade" campaign against Islam.

The attacks have raised Muslim concerns over their safety if those “Christian patrols” continued.

Meanwhile, leaders of the Muslim community have demanded an urgent action against these invasions, warning that the inflammatory tactics could provoke young Muslim youth into confrontations.

The British government should educate and help the extremists find job. I think they are jobless and their mind is too busy with nonsense extremist ideas.