Ukraine mufti tells Muslims to stay out of civil war

“Muslims in Ukraine are an integral part of the country, part of its common history. We feel like home in Ukraine. It is our homeland,” Mufti Said Ismagov said. 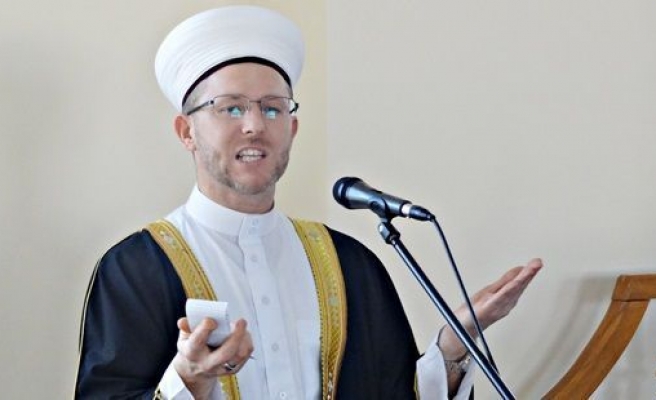 The Muslim leader of Ukraine, Said Ismagov, has urged Muslims to stay out of the Ukraine crisis amid reports of the developing civil war attracting both pro-Russian and pro-Ukrainian fighters from around the world.

Ismagoc, who is the head mufti of the Committee of Muslims of Ukraine, wrote on Facebook, “Just take your ‘soldiers of fortune’ by hand and say strictly: There is nothing to do in Ukraine!”

“Everything is good in Ukraine, you cannot even imagine how well things are here! We all find a place in the sun and ground under our feet. We never faced any Muslim massacres, murder of imams or ethnic cleansing. We built mosques anywhere we wanted and they were never destroyed,” he added.

“The Holy Quran and its translations were never banned. We published Muslim newspapers, expressing our opinion without any censorship,” Ismagov noted.

“Muslims in Ukraine are an integral part of the country, part of its common history. We feel like home in Ukraine. It is our homeland.”

“We were free to practice Islam, perform prayers and fast during the Holy Ramadan. Moreover, there is plenty of ethnic Ukrainians who converted to Islam. Everything is good in Ukraine. Don’t come here to fight against us,” he conluded.

Earlier this week, Chechnya president Ramzan Kadyrov dismissed reports that he was sending pro-Russian fighters from the mainly Muslim North Caucasus Republic, but did not deny that some individuals had gone to eastern Ukraine on their own accord.

However, on June3, Chechnya President Ramzan Kadyrov told REN TV that he is ready to send 74,000 Chechens to Ukraine if ordered to do so.

As of 2012 an estimated 500,000 Muslims lived in Ukraine and about 300,000 of them were Crimean Tatars. Today Islam is the largest minority religion in Ukraine after various forms of Christianity.

According to the Clerical Board of Ukraine's Muslims there were two million Muslims in Ukraine as of 2009.