The Council on American-Islamic Relations repeated its request to the United States Commission on International Religious Freedom to investigate one of its own members. 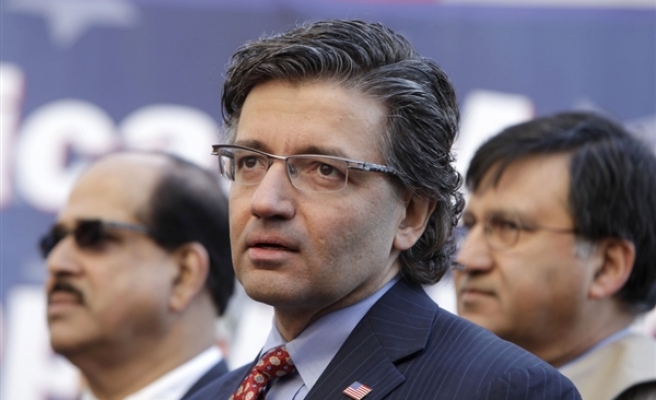 The Council on American-Islamic Relations (CAIR), the US's largest Muslim civil rights and advocacy organization, repeated its request to the United States Commission on International Religious Freedom (USCIRF) to investigate one of its own members, this time for being funded by the same group that backs a notorious Islamophobe.

"We are writing today to expand upon the concerns regarding Dr. Zuhdi Jasser that were expressed on our letter to you dated January 24, 2014. Additional information has come to light regarding the financial dependence of Dr. Jasser's American Islamic Forum for Democracy (AIFD) on groups known for promoting Islamophobia in the United States.

"Tax filings for the New York-based Abstraction Fund reveal that between 2010 and 2012, Jasser's organization accepted $45,000 in grants and contributions. In 2012, 82 percent of the Fund's total $1,982,930 contributions and grants went to groups known for their active role in spreading anti-Islam prejudice."

Saylor's letter cited funding of anti-Islam groups such as the Center for Security Policy, the head of which was a key witness for the plaintiffs in a controversial lawsuit against a mosque being built in Tennessee, where he promoted the notion that mosques want to "destroy western civilization from within."

Another group funded by the Abstraction Fund and cited in the letter is Steven Emerson's Investigative Project on Terrorism, which recently published an Islamophobic article stating: "Europe is still ... captivated by the specious charms of the Arabs and Islam" and " ... pitiful Arab, whose inherent culture left him no shred of sincerity, creativity or courage."

Other Abstraction Fund-backed groups include Jihad Watch, an anti-Muslim blog published by Robert Spencer. The Boston Globe has described Spencer as a man who "depicts Islam as an inherently violent religion." Spencer has referred to Islam's Prophet Muhammad as a "con man. Someone who is knowing [sic] that what he is saying is false, but is fooling his followers."

In June 2013, the Catholic Diocese of Sacramento requested that the Kolbe Academy, a Catholic school, rescind a speaking invitation they extended to Spencer. The diocese referred to Spencer as a "key leader in the anti-Islam hate movement in the United States."

The Middle East Forum (MEF), headed by Islamophobe Daniel Pipes, also received funds from the Abstraction Fund. Pipes is infamous for quotes such as: "Western European societies are unprepared for the massive immigration of brown-skinned peoples cooking strange foods and maintaining different standards of hygiene. All immigrants bring exotic customs and attitudes, but Muslim customs are more troublesome than most." [Jasser has accepted donations from Middle East Forum.]

In concluding his letter to USCIRF, Saylor wrote:

"CAIR values, advocates for and has pursued legal action to protect free speech and freedom of expression. Dr. Jasser has every right to advocate for the causes and organizations with which he chooses to align AIFD. At issue here is the reasonable concern that arises regarding Dr. Jasser accepting financial support from anti-Muslim groups while he is serving on a commission advocating for religious freedom.

"Given the expanding evidence of AFID's financial dependency on groups funding anti-Muslim prejudice in the United States, we do not believe Dr. Jasser can act as an honest voice regarding religious freedom domestically or internationally."

In 2013, CAIR published a major report, "Legislating Fear: Islamophobia and its Impact in the United States," which identifies 37 organizations dedicated to promoting the type of anti-Islam prejudice that can lead to bias-motivated incidents targeting American Muslims. The Islamophobia report is available on Kindle.

Jasser was featured in that report as an enabler of anti-Muslim bigotry. The report noted that Jasser heads a group that "applauded" an amendment to Oklahoma's state Constitution that would have implemented state-sponsored discrimination against Islam.

Jasser also narrated "The Third Jihad," a propaganda film created by the Clarion Fund, which depicts Muslims as inherently violent and seeking world domination. Following revelations that the film was shown as part of training at the New York Police Department, Police Commissioner Ray Kelly called it "wacky" and "objectionable."

CAIR is a front for Hamas masquerading as a civil rights group. CAIR leaders were convicted of funding terrorism in the Holy Land Foundation terror financing trial.