Delivering a speech at the dinner, Haeupl said that they had been hosting traditional fast-breaking dinner for 10 years. 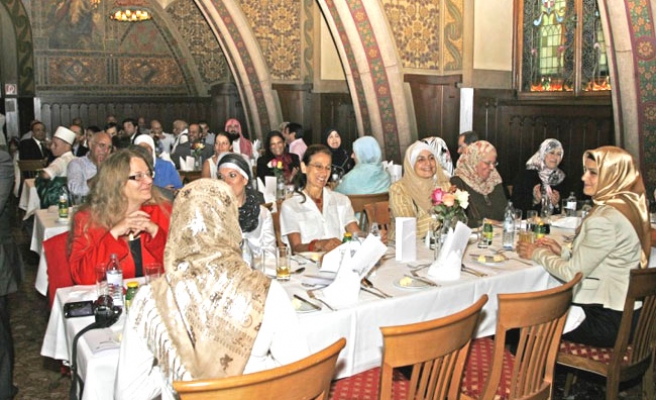 Delivering a speech at the dinner, Haeupl said that they had been hosting traditional fast-breaking dinner for 10 years.

Many people of foreign origin were living in Austria and it was important to live in peace in that beautiful city, he said.

Haeupl said that he was pleased that democratization process had started in Muslim countries in Middle East and North Africa, but he was also sad that many people lost their lives during that process.

Sanac said that they were getting prepared to celebrate the 100th anniversary of recognition of Islam in Austria.

Stating that they prepared new status of Islamic community, Sanac said that they would train imams and teachers in Austria to prevent any problems regarding language and culture.