Protestors: We are talking about Shariah law, which goes against the Constitution of Canada 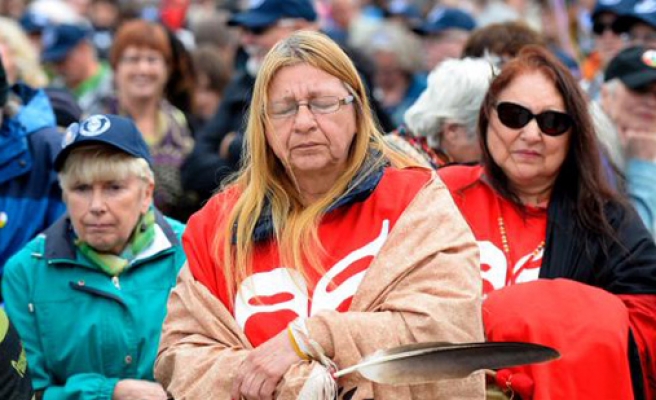 Anti-immigration and anti-Muslim groups clashed with counter-protesters in Ottawa, Saturday, along the Quebec border where thousands of asylum seekers have crossed into the country since January.

On Ottawa’s Parliament Hill, the seat of the federal government, a few dozen members of a far-right alliance called the Canadian Coalition of Concerned Citizens (CCCC) protested opposition to federal immigration policies.

A much larger antifascist group known as antifa had a shouting match against the CCCC, with one physical confrontation, before Royal Canadian Mounted Police in riot gear formed a line between the two groups.

At the Quebec border crossing point of St-Bernard-de-Lacolle, where a majority of 13,000 asylum seekers entered Canada so far this year, about 300 members of the Storm Alliance gathered. That group was joined by another anti-immigration, anti-Muslim organization known as La Meute, French for ‘The Wolf Pack’.

Hundreds of antifa from the group Solidarity Across Borders arrived in buses at the Quebec crossing and police, in tactical gear with gas masks and well-armed, created a thick line to keep the two groups separated, while the border point was closed.

Georges Hallak, the founder of CCCC and a Christian patriot immigrant from Lebanon, said his organization was worried that Muslims will impose Shariah law on Canada.

“I respect immigration 100 percent, as long as the people coming to this country do not have criminal records, do not pose a threat to normal Canadians, that they come here with the intent to follow the laws of Canada without trying to modify [it] for their needs – we are talking about Shariah law, which goes against the Constitution of Canada,” Hallak told Canadian media.

The group was outnumbered by those protesting CCCC. Many carried placards with messages such as “No to hate speech” and “Unite to fight the right.”