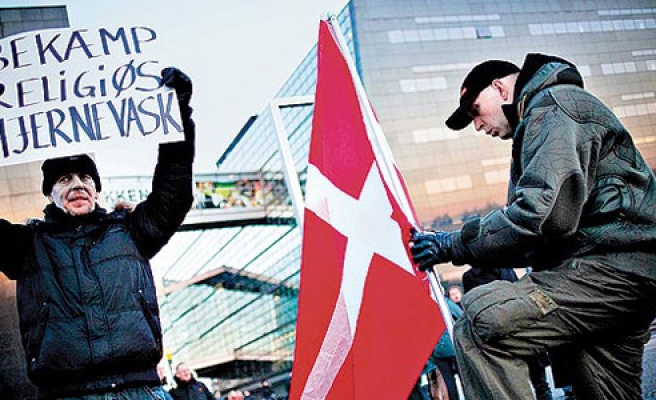 A Danish anti-Islam group says it will display controversial cartoons of the Prophet Muhammad on Sep. 26 in central Copenhagen.

“We will do this as no one has the courage to display those cartoons,” Anders Gravers Pedersen, the chairman of ‘Stop Islamization of Denmark’, told public radio on Saturday.

“The Danish press does not want to show. Teachers do not exhibit them while talking about the cartoon crisis. This is a huge problem for free speech,” Pedersen claimed.

The visual depiction of Muhammad is considered offensive by most Muslims. In May, two men who attacked an exhibition of the cartoons in Garland, Texas, were shot dead by police.

Pedersen said he would display the cartoons no matter what.

“We have to pay a price. The visual depiction is not allowed in sharia [Islamic law]. Are we going to follow sharia? We do not accept this,” he said.

Ten years ago, Danish newspaper Jyllands-Posten published cartoons of the Prophet Muhammad which resulted in violent demonstrations across much of the Muslim world.