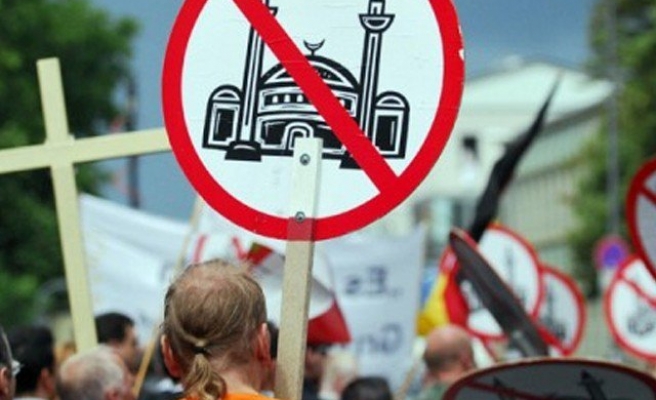 The European Commission wants EU member states to penalize hate speech, as verbal and physical violence against Muslims are on the rise in Europe.

A Eurobarometer public opinion survey reported on Thursday that Muslims suffer from the lowest levels of social acceptance among all religious groups.

The EU Fundamental Rights Agency survey on discrimination and hate crime against Jews also showed a rise in anti-Semitism in Europe, with 73 percent of respondents saying they felt anti-Semitism online has become worse over the last five years.

Speaking at the first seminar on combatting anti-Semitism and anti-Muslim hatred in Brussels on Thursday, European Commission First Vice-President Frans Timmermans said: "The horrific events in Paris and Copenhagen at the beginning of this year have made clear the need for urgent action."

"In these times of crisis, the capacity of our society for tolerance and inclusion is put to the test," he said. "Anti-Semitism and anti-Muslim hatred, although very different in history, origins and impact, are both manifestations of this challenge."

According to Eurobarometer, 50 percent of Europeans believe discrimination based on religion is widespread; this figure is up from 39 percent in 2012.

This report comes as European governments have failed to agree on how to distribute thousands of incoming refugees – mostly from the Middle East – across the 28-nation bloc.

The European Commission said in a statement on Thursday the “current refugee crisis has seen a great deal of negative language and hate speech resurfacing about those arriving, with far-right movements and populist discourses exploiting the situation".

"Worrying verbal and physical attacks, including online hate speech targeting asylum seekers and refugees have been reported in a number of countries," it added.

While Slovakia has made clear it will only accept Christian refugees and not Muslims. Hungary’s Prime Minister Viktor Orban has described the influx of refugees as a threat to Europe’s "Christian roots".

"The law must be valid for everybody and if a politician himself does something like this and incites hatred through what he says, the law must be applied to such a person.

"I must say that we expect member states to take action when there will be appearance of such a crime," she said.