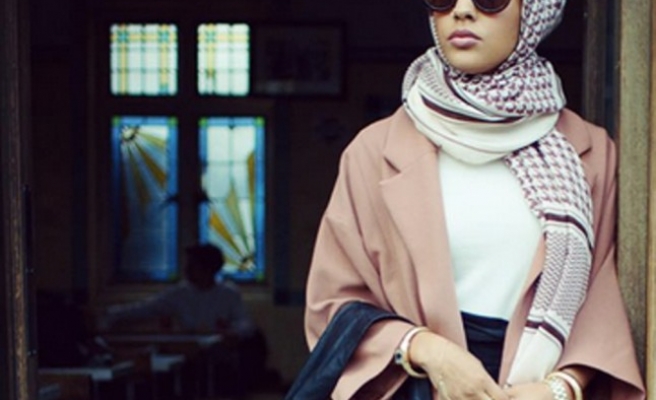 Reaction to a British retailer’s advertising campaign showing a woman wearing a hijab has sparked fears of creeping Islamophobia in the country.

The campaign launched last week by clothing giant H&M features Mariah Idrissi, a 23-year-old beautician from London, alongside other models.

Idrissi, who has Pakistani and Moroccan parents, is shown in billboards wearing a checked brown-and-white hijab, long coat and sunglasses.

She appeared as part of a campaign promoting H&M’s new denim collection.

“[H&M] asked how much in terms of neck I could show, but to be honest they were very respectful,” Idrissi told Fusion magazine about the shoot.

But the far-right organization Britain First warned in a news item on its website: “As the number of Muslims in Britain increases, so will their prominence in the media.”

Supporters used social media to comment on the news item.

One Facebook user, Natalie Jessie, wrote “More bowing to Islam. Do NOT shop there”, while Martin Hanks commented: “Too much skin, off with her head.”

Others said they would boycott H&M over the decision.

Kath Gibson posted: “Disgrace totally. If i see one in a [H&M] store i will tell them. I would like to shop in your store but unfortunately you display of model wearing hijab offends me”

Britain First describes itself as a “patriotic organization” campaigning against mass immigration and what it perceives as the Islamization of the U.K.

Its leader Paul Golding says in a video on YouTube they are not violent a group but want to stop Muslim “grooming gangs”, which he claims exploit young Christian girls.

But the group has also staged invasions of mosques and distributed anti-Muslim leaflets in the U.K.