The American anti-Islam campaigner David Horowitz donated $20,000 to the Dutch far right party PVV, run by Geert Wilders, in 2014. Horowitz is also the figure behind a website that was referred to numerous times in Anders Breivik's manifesto, the man responsible for killing numerous people in Norway in 2011. 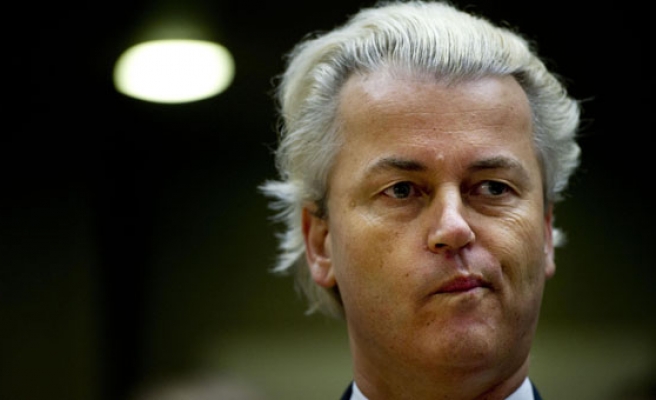 Notorious anti-Muslim Dutch politician Geert Wilders has been forced to disclose that he received funds from a key player in the US Islamophobia industry, according to a report in Electronic Intifada.

Meanwhile the lawmaker is to face charges of inciting hatred and violence against Dutch citizens of Moroccan descent during an election campaign last year.

It has long been suspected that Wilders has received US funding but that had never been proven.

Since 2013 a law change in Netherlands required all political parties to disclose donations of more than $5,000.  The PVV was strongly opposed to the move at the time.

A report that was released by the Dutch interior ministry on 23 September reveals that Wilders’ Party for Freedom – known by its Dutch initials PVV – received €18,110 ($20,000) from the David Horowitz Freedom centre. The California-based nonprofit is run by David Horowitz.

Along with Pamela Geller and Daniel Pipes, David Horowitz is one of the most influential purveryors of Islamophobia in the United States.

According to the CAP report, anti-Muslim and pro-Israel donors have donated tens of millions of dollars into hate groups in the US in recent years.

Horowitz’s funding of Wilders is the first concrete indication that this Islamophobia network spans the globe.

The PVV does not quality for official funding for political parties in the Netherlands because it has no membership structure. Wilders is the only official PVV member.