'Islam incompatible with US Constitution' 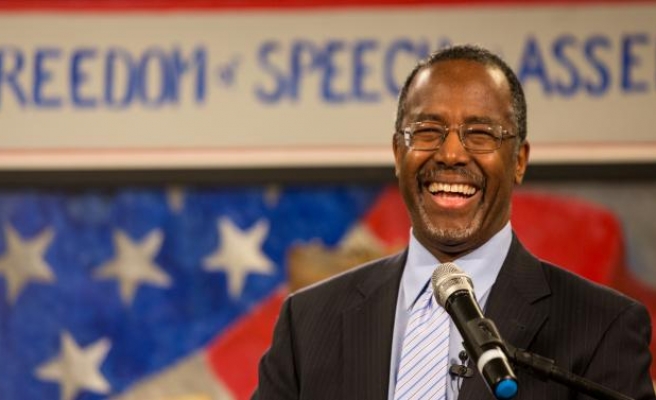 Islam is inconsistent with the U.S. Constitution, Republican presidential candidate Ben Carson said Sunday, adding he would not support a Muslim president.

In comments likely to exacerbate the debate around Islam in the U.S., Carson told broadcaster NBC’s Meet the Press show: “I would not advocate that we put a Muslim in charge of this nation. I absolutely would not agree with that.”

Asked whether he believed Islam is consistent with the U.S. Constitution, he answered: “No, I do not.”

Carson, a former surgeon from Detroit, Michigan, was criticized by the Council on American-Islamic Relations for his “un-American” comments.

Ibrahim Hooper, spokesman for the Council on American-Islamic Relations, told Anadolu Agency Carson's remarks were a “violation of the law” and called for him to withdraw his candidacy.

“He should withdraw from the race.”

The First Amendment of the U.S. Constitution guarantees freedom of religion while Article Seven states “no religious test shall ever be required as a qualification to any office or public trust under the United States.”

Carson’s remarks came days after fellow Republican hopeful Donald Trump failed to challenge an audience member at a campaign rally who called Muslims a “problem in this country” and asked: “When can we get rid of them?”

Commenting on anti-Muslim sentiment among some U.S. politicians, Hooper said: “It's unfortunate that they believe that they have to appeal to bigotry and religious hatred.”