Sen. Bernie Sanders pledges to lead effort to end Islamophobia as US president 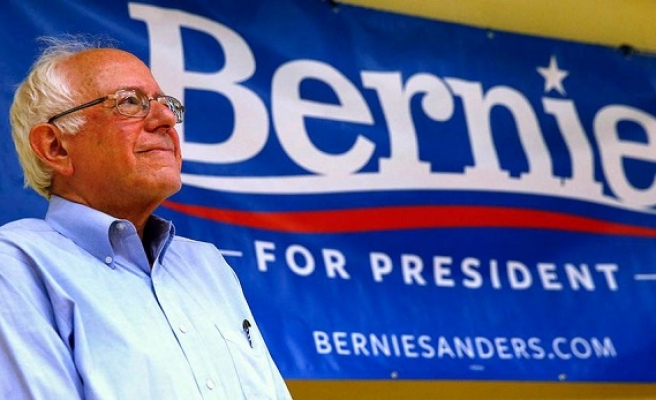 A leading US Muslim advocacy group welcomed Democratic presidential candidate and Vermont Senator Bernie Sanders’s pledge to end Islamophobia and all other forms of racism during a town hall hosted at George Mason University on Wednesday, OnIslam.net reported.

“What should have been an unremarkable statement against racism was made noteworthy because only a handful of presidential candidates have gone on the record to denounce Islamophobia,” said CAIR Government Affairs Manager Robert McCaw in a statement obtained by OnIslam.net on Thursday.

“Bernie Sanders’s willingness to vow to stand together in eradicating Islamophobia and all forms of racism is inspirational.”

The praised encounter occurred when Sanders invited Muslim George Mason University student Remaz Abdelgader to join him on stage during a campaign stop and responded to her remarks about Republican presidential candidate Dr. Ben Carson’s position that a Muslim should not be president.

Abdelgader expressed to Sanders the personal impact that Islamophobia in the presidential election was having on her.

“Being an American is such a strong part of my identity, but I want to create a change in this society,” Abdelgader said.

“I’m so tired of listening to this rhetoric saying I can’t be president one day, that I should not be in office. It makes me so angry and upset. This is my country.”

“If we stand for anything we have to stand together and end all forms of racism in this country,” Sanders said. “I will lead that effort as president.”

This is not the first time Sanders has challenged Islamophobia in the election.

After the detention of 14-year-old Ahmed Mohamed for bringing a homemade clock to school, Sanders had tweeted, "we must stand strong against anti-Muslim bigotry.”

Last week, CAIR condemned Donald Trump’s apparent willingness to close down American mosques. During an interview today on Fox Business with Stuart Varney, Trump was asked whether, as president, he would follow the lead of a British proposal to close “extremist” mosques

In September, CAIR called on Trump to also clarify what he meant when stating that he was "going to be looking at that" to a question about the Muslim "problem in this country" and "When can we get rid of them?"

Also that month, CAIR announced the renewal of its “Share the Quran” campaign in response to GOP presidential candidate Ben Carson’s false claim that Islam is “inconsistent” with the Constitution and his bigoted belief that a Muslim should not be elected president.