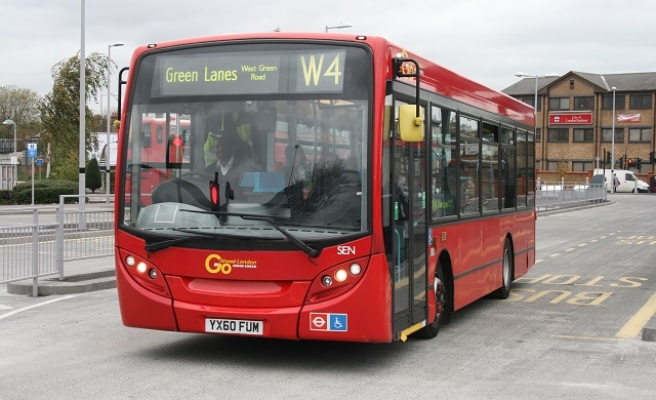 A man who screamed Islamophobic abuse at a bus passenger in London described on Thursday how he “lost it” during a 3-minute tirade.

Kashif Samuels, 25, pleaded guilty to a religiously or racially aggravated offense at Highbury Magistrates’ Court on Wednesday. He will be sentenced on Nov. 5.

The jobless chef had handed himself into police after footage of his Oct. 15 outburst was seen online earlier this week and was picked up by the British and Turkish media.

In the video, Samuels, of Tottenham, north London, shouts abuse at an elderly man who speaks in Turkish. He is heard telling the man to “go back” to Turkey and shouting Islamophobic abuse.

He told the Evening Standard newspaper he was shocked by the video. “I am disgusted with myself,” he told the newspaper.

“That is not the person I want my daughter to see growing up as her father. She is going to look at that video one day and I can only hope she looks at it and says ‘That is not the man I know'."

“I will only be honest with her and say I lost my temper and said disgusting things. I would never want to hear that out of her mouth.”

Samuels said he lost his temper when the man refused to move his walking frame to allow a mother to move her pram on to the bus.

The footage, filmed by a passenger on the bus as it passes through Tottenham, ends shortly after Samuels is shown throwing the walking frame off the bus. Tottenham is an area with a significant ethnic Turkish population.