An elderly Turkish man aboard a London bus recently faced an Islamophobic attack by a black man, who can be seen in a viral video abusing the victim 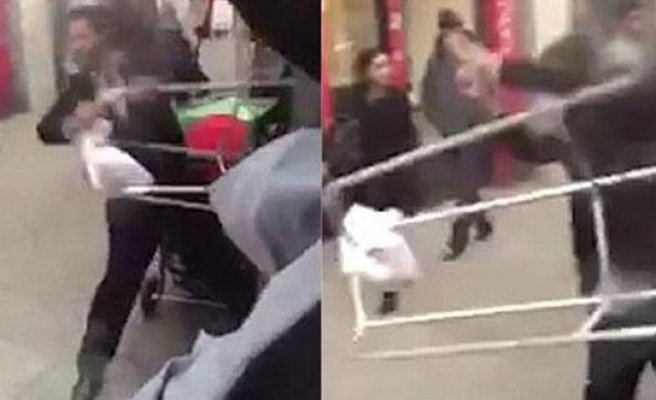 A 25-year-old man has been arrested on suspicion of a racially aggravated public order offense, The Metropolitan Police said late Monday, following a recent Islamophobic attack on a Turkish-speaking man aboard a London bus.

The video of the incident went viral online Sunday, which appeared to show the victim being verbally abused by a black man on the bottom deck of a London bus. The video also shows the attacker throwing the passenger’s walker from the double-decker bus.

According to the police statement, the suspect "remains in custody at a north London police station".

The attack took place in Tottenham, an area of north London with a significant ethnic Turkish population, Saturday.

"This video footage -- which includes racist and Islamophobic abuse -- has been brought to the attention of the [police]," the Metropolitan Police said in an earlier statement.

"Detectives are working to establish precisely when and where the footage was taken," it added.

The three-minute-long video showed the assailant shouting at a man on the bus, saying: "Nobody understands you! Go back to Turkey." The assailant can also be heard shouting several abusive words at the victim in the viral video.

Last week, another video appeared online that showed two Muslim women, one of whom was pregnant, being verbally abused in an Islamophobic attack by a black woman on a bus. Police later charged a female suspect with racially or religiously aggravated public order offense over the Oct. 13 incident.