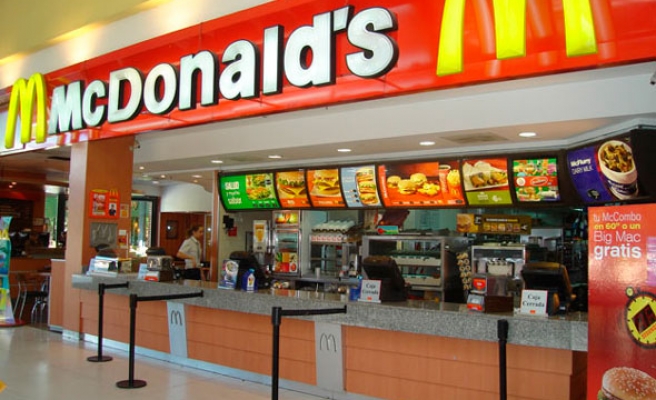 A McDonald's customer has been jailed for 12 weeks in prison after asking a Muslim employee if he was going to chop off his head, The Daily Mirror reported.

Drunken Patrick Maughan, 65, was harassing the assistant manager of the local restaurant in Crawley, West Sussex, by making reference to the sickening ISIL-style beheadings. After that he mimicked the way Muslims pray.

Melanie Wotton, prosecuting, said: "At about 7pm Maughan went into McDonald's where Mr Mahroof was working as an assistant manager and Mr Bahar as a security guard.

"Maughan leant over the counter and read Mr Mahroof's name badge before asking him 'Are you Mohamed?' and adding 'Are you a Muslim'?

"Mr Mahroof responded by saying 'yes' and when Maughan asked him again he ignored him.

"Maughan then said 'I'm Christian, you are a Muslim, do you want to chop off my head'? and he made a gesture across his throat to show a beheading."

He was asked to leave, but after turning away, he returned to the counter to harass Mohamed some more.

Ms Wotton added: "Speaking to Mr Mahroof, Maughan again said 'You Muslim, you want to chop off my head'.

"He then knelt down and pretended to pray to mimic how a Muslim would pray."

Laura French, defending, said: "He is embarrassed and deeply regrets his actions.

"He says that wasn't the type of language he would usually use.

"He feels ashamed. He was in a drunken state and responded in a foolish way."

The court heard Maughan was given a 15-month community order in June for a separate incident of racially aggravated harassment.

Maria Kempshall, chair of the bench of magistrates, said: "These offences are so serious only a custodial sentence can be justified.

"These were aggravated offences of harassment of a racial nature against two people carrying out their employment in a public place.

"This was also the second similar racially aggravated offence you have committed in a short time span."